State Rep. James Talarico (D-Round Rock) says the raises can be paid for with money from the state's budget surplus. Republicans have indicated they want to use that money to pay for property tax relief.

AUSTIN, Texas - Democratic lawmakers in Texas laid out a proposal that would provide a $15,000 raise across the board for all teachers in the state and a 25% raise for support staff on Tuesday.

Lawmakers hope the raises can help address the shortage of qualified teachers across the state.

"When I am sick I have to create sub plans at 3 a.m. receive parent emails after hours and I spend Sunday getting ready for the week," said teacher Deanna Perkins.

Perkins said she has considered leaving the profession.

"Attacks on teachers, lack of mental health resources have made it an unsafe environment, then I think of my students who come visit from middle school to their 20s, and it brings me back," she said.

The average salary for a teacher in Texas is $58,000, according to One Analysis.

That is the 9th lowest in the country.

"It's no wonder thousands of educators are leaving the profession. We have an emergency teacher shortage in this state, it requires emergency action by the Texas legislature," said State Rep. James Talarico (D-Round Rock). 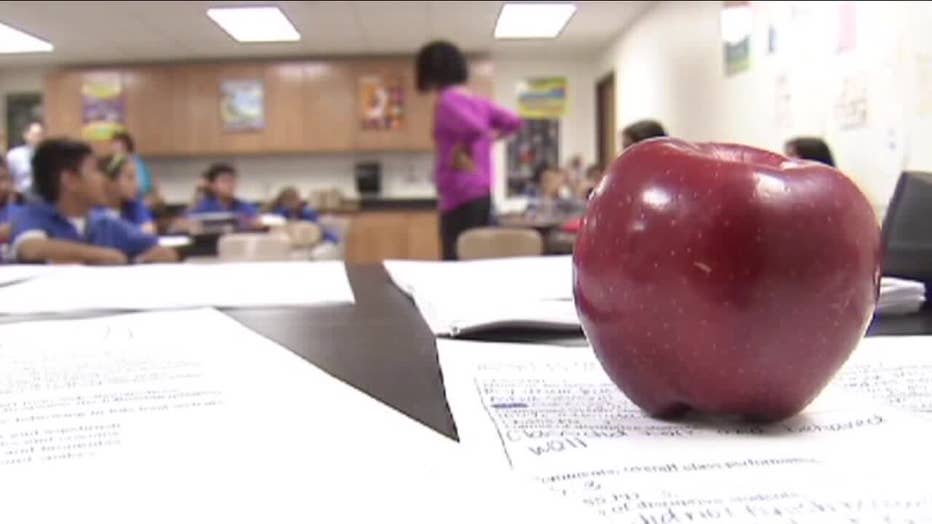 Talarico said he knows his initiative for an across the board raise for a $15,000 raise for teachers and a 25% raise for support staff is an ambitious proposal.

"I know in negotiations you start with big proposal, what you need, then you find somewhere in the middle," he said.

"Hoarding the surplus while teachers and children are suffering is immoral and bad business. You don't put your money under a mattress. You make it work by making smart investments and the smartest investment we can make is in the next generation," he said.

SMU political scientist Matthew Wilson says a significant raise for teachers is possible this year, but Democrats will likely need to do a lot of negotiating with Republicans who want to use the surplus for significant property tax relief.

"Ultimately I think they will settle on a meaningful raise, because Texas has fallen down the ranks when it comes to teacher pay. It's in the bottom 10 in the country. Lawmakers in both parties would like to do something about that," said Wilson. "I don't think we will end up with a $15,000 pay raise, but I would be surprised if we did not end up with something this session."

Wilson says the state's budget surplus comes from a combination of the state recovering better than expected from the pandemic, pandemic assistance, oil and gas prices holding up and many people moving to Texas from other states.

The key to where the proposal goes will be how Lt. Gov. Dan Patrick responds in the coming days.