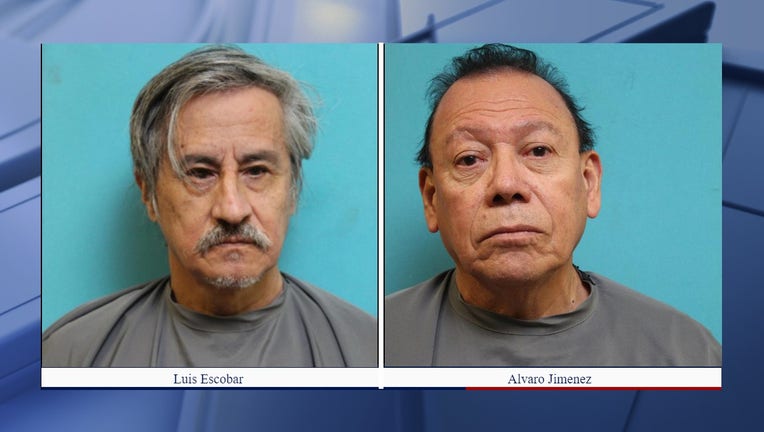 CARROLLTON, Texas - A teacher and an office assistant at a Carrollton church have been arrested for the assault of a 14-year-old girl in 2018.

Luis Escobar, 59, and Alvaro Jimenez, 71, were both charged with three counts of aggravated sexual assault of a child.

Police said they were arrested Tuesday at Ministerios Bethania USA in Carrollton, where they both were also living.

The investigation into them started in September 2021, when the victim, who is now 18 years old, reported the sexual assault to a counselor.

According to police, the victim met Escobar and Jimenez through the church, but the sexual assault didn’t happen on church property.

Anyone with information about this case or additional crimes by these men are asked to call the Carrollton Police Department at (972) 466-3324.