The mayor said the task force will explore solutions outside the scope of city government.

The mayor said the task force will explore solutions outside the scope of city government.

This is different from the two ad hoc city council committees dealing with the pandemic response.

Mayor Johnson has appointed Fisher to run this task force outside city hall to come up with a strategy for rebuilding the city’s economy.

“Within one day, we basically pivoted, opened up the curbside to-go,” said Michael Peticolas, with Peticolas Brewing Company.

That is the current normal at Peticolas Brewing in Dallas’ Design District.

With its taproom shuttered, and the inability to make money from its events or restaurant sales, it was out of revenue sources.

So it created a new way of working, curbside pickup.

But it’s been a difficult few weeks.

“Last Wednesday, I literally had to let six employees go. Six of our crew members. People who I have feelings for personally, who I’ve been to their weddings, you know, I know their parents,” Peticolas explained. “I mean, I was up at 5 a.m. on the SBA website applying for a disaster loan. And that was super impactful too, I’m looking at the computer screen thinking, disaster loan, yeah this is a disaster.” 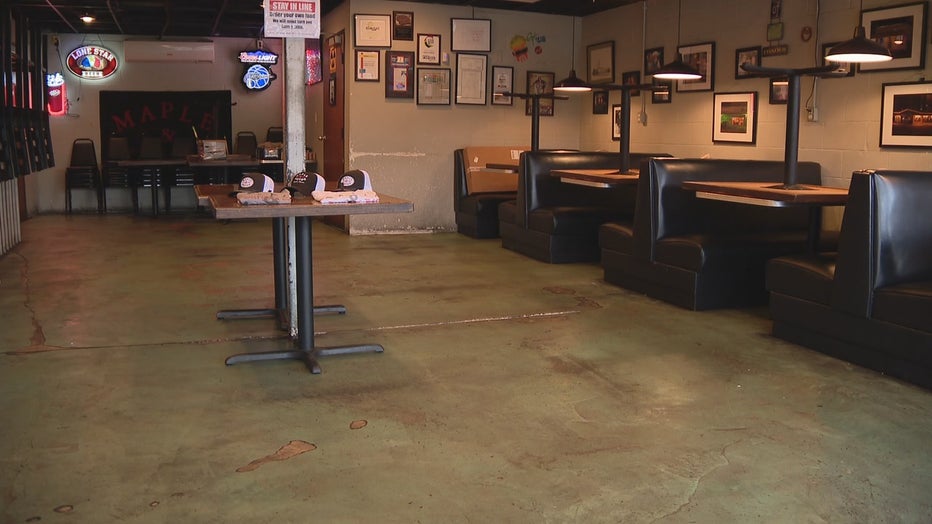 State leaders said the number of people applying for unemployment will, in four or five weeks, exceed the total for the entirety of 2019.

Labor Department data that came out Thursday shows one in 10 workers have lost their jobs.

In North Texas, the estimate is more than $25 billion.

The city of Dallas is putting at least some hope behind Fisher.

He was in that role during the Great Recession, and that’s one reason Johnson said he appointed Fisher to lead this new task force.

“My goal with the task force is to come up with a strategy that’s going to cause Dallas to emerge from this coronavirus pandemic stronger than ever. I think it’s going to take a long time to get there and a lot of hard work to get there,” Johnson said.

In a statement, Fisher said, “…It is important that we rapidly get our economic and job-creating muscle back again. We are well positioned to do so and well suited to lead the country in economic recovery.”

Peticolas said he’ll wait to see what kind of work the task force does.

In the meantime, his team has a new business to build.

“It’s not about bridging the gap. It’s about building to a new future. It’s a new world, we’ve got to wake up. we’re starting a new business, starting today,” he said.