The sheriff's office teamed up with Fort Worth Police and the Department of Public Safety for what it called operation "Buyer Beware." It focused on the demand which drives sex trafficking.

FORT WORTH, Texas - The Tarrant County Sheriff's Office announced 115 felony arrests for human trafficking over the course of just one week.

While they announced the success of the operation, they didn't really get into details about how they conducted the operation.

The sheriff's office teamed up with Fort Worth Police and the Department of Public Safety for what it called operation "Buyer Beware." It focused on the demand which drives sex trafficking.

Together, they arrested a total of 115 people. They were all men with ages ranging from 20 to 75. Some of them were repeat offenders. 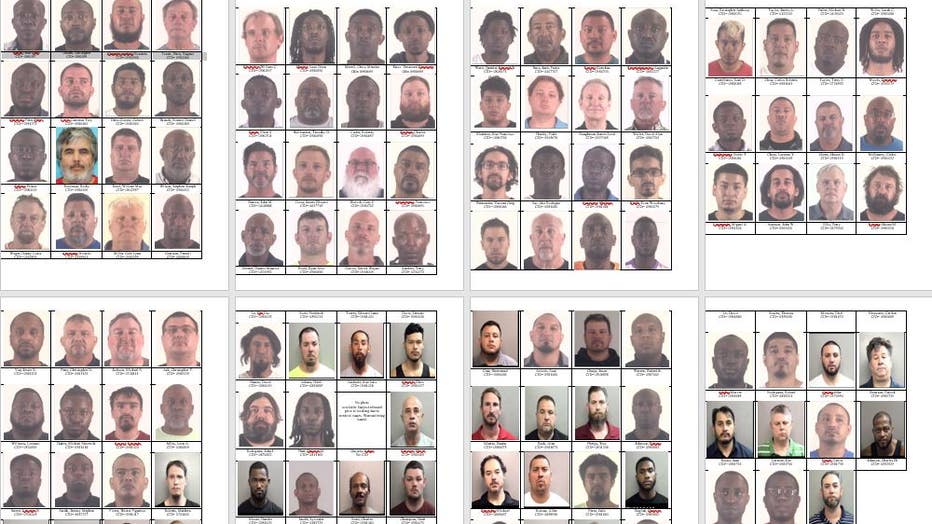 "Some of these people have serious problems. Some of them are abusers. Some of the decoys we use are underage," said Fort Worth Asst. Police Chief Joe Sparrow. "They are abusers. There are people who don't care about other people. They are users, and they are there to harm our citizens. That's what we are fighting against."

"It is an evil that is with us, and we’re trying to send the signal today that this will not be tolerated in Tarrant County," Sheriff Waybourn said. "These people who were arrested were from every walk of life. From every socioeconomic group. From every ethnicity or race."

Waybourn says the men were attempting to solicit sex from both men and women. Some were underage.

"We’re going to be trying to rescue them as well as going after the solicitor," he said. "What we try to do is introduce them to some 501Cs that are very, very good at helping people out of the trafficking."

Police would not go into detail about how the men were identified or tactics used to catch them, but Waybourn did mention the use of decoys.

A solicitation of prostitution investigation led to more than 100 arrests in Tarrant County. Good Day talked to Sheriff Bill Waybourn about the weeks-long investigation.

"We prefer not to talk about our methods," the sheriff said. "But they are legal. They are well within the rights. They are not entrapment. None of those things."

Last month, Texas made soliciting prostitution a state felony. Previously, it was a class B misdemeanor. It increases the penalty from 180 days in jail to up to two years behind bars. Repeat offenders will face enhanced charges.

DPS says there are similar operations across the state.