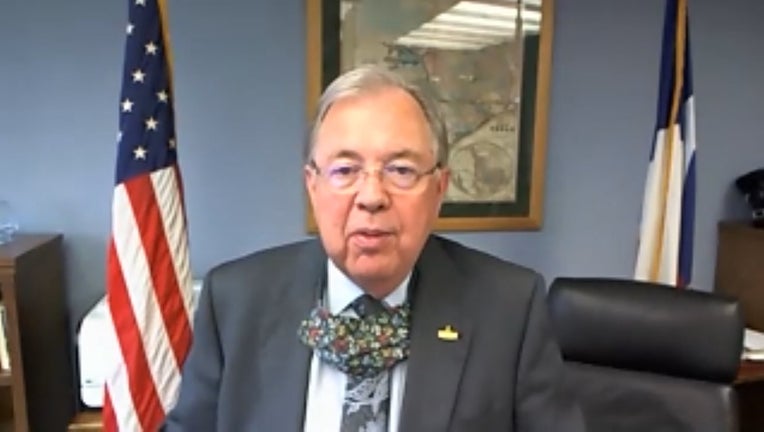 FORT WORTH, Texas - We are now at a point where vaccine supply is higher than demand.

North Texas officials are looking into ways to convince more people to get vaccinated, including possible incentives.

Four months into the vaccine rollout, just under 35% of Tarrant county residents 16 and over have been fully vaccinated. That’s nowhere near the 60-70% needed for projected herd immunity.

Tarrant County Judge Glen Whitley floated the idea last week of offering money as a reward for getting vaccinated.

"I really think we’re at a point to where people are saying maybe I don't need to go get it," he said. "Well if somebody was offering them a $50 bill, maybe they’d show up."

Whitley is looking to states and cities across the country with similar ideas.

"We’ve heard West Virginia mentioned that they were gonna do it with savings bonds," he said.

West Virginia Governor Jim Justice announced last week the state will offer a $100 savings bond to people between 16 and 35 who choose to get vaccinated and those who already have.

The city of Detroit is offering $50 prepaid gift cards to people who give others a ride to vaccination sites. State and federal dollars will fund both.

"We have funds coming in from the American Rescue Plan, and I think that’s what we would have used to pay for it," Whitley said.

But Whitley says Tarrant County District Attorney Sharen Wilson advised him that federal law prohibits exchanging any kind of kickback, bribe, or rebate in return for a person receiving a service under a federal health care program.

Put simply, handing out $50 bills is off the table, but Whitley is hoping to find an alternative.

"And so one of the things I thought I would do is at least maybe call some of our congressional folks and say ‘Is there any way you can give maybe a temporary exception or for something along those lines,’" he said.