A Tarrant County judge is accused of stereotyping a teen suspect.

FORT WORTH, Texas - A Tarrant County judge is accused of stereotyping a teen suspect.

The judge told the teen's mother it was no surprise he was caught committing a crime since he is a rapper.

The Zoom court hearing on May 24 was for a 16-year-old defendant at Tarrant County’s juvenile detention facility in Fort Worth. FOX 4 is now showing the defendant or his mother in the video posted to the court’s YouTube channel.

At one point, District Court Judge Alex Kim encouraged the youngster, who wanted to make statements, to remain quiet. 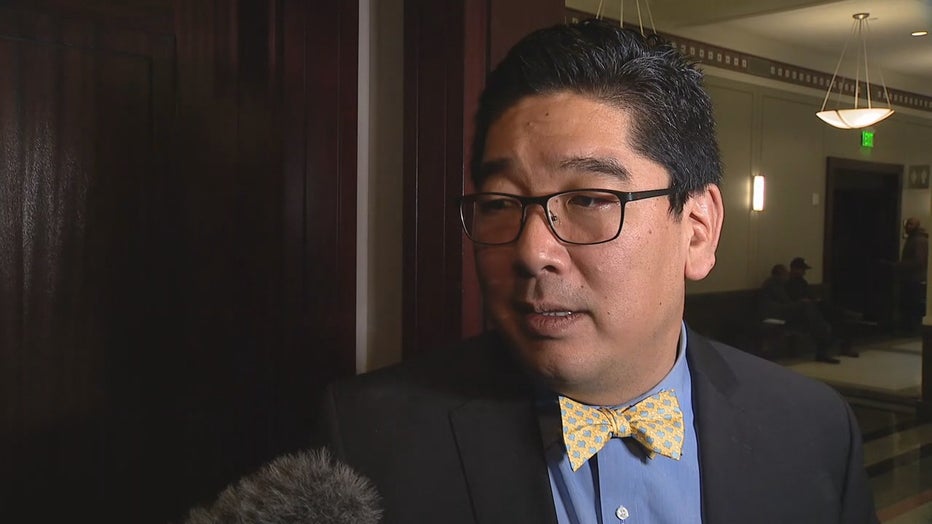 "I’m just trying to protect you," the judge told him. "We have a DA, a prosecutor that’s listening to things, and I don’t want the prosecutor to get too much information about you. Ok?"

The discussion turned to the circumstances of the arrest. The judge said the juvenile was in possession of a gun as a passenger in a stolen car being pursued by police.

"I’m not worried about you being the passenger of a stolen car as much as I am about you having a gun on you. That’s my worry," Kim said.

The teen’s mom then mentioned that her son is an aspiring music artist who was leaving a studio with others he knew. It is this section of the video that got attention after it posted to Reddit.

Mom: "This is the situation that happened when I let him go to the studio. He gets in the car with somebody else and all this happens."

Kim: "Mom, you and I are not surprised your son is rapping and gets caught in a stolen car with a gun and goes on a car chase. We can kind of predict that’s going to happen."

Mom: "Just because he does rap music?"

Kim: "The culture, right? It shouldn’t surprise you."

FOX 4 asked Bob Ray Sanders, a former member of Fort Worth’s Race and Culture Task Force, to watch the hearing and give us his take. He believes the comments were racially insensitive and out of line.

"They certainly have the right to admonish people who come before their bench if they think that helps with changing behavior or whatever," Sanders said. "They don’t have the right to stereotype, and that’s what this judge did."

FOX 4 reached out to Judge Kim. He disagrees that his remarks were inappropriate and drew a distinction between rap music and what he described in the hearing as "elements of violence" in rap culture.

"I think everyone recognizes the difference between rap and rap culture," he said. "And the community has standards by which it expects their judges to keep them safe."

Sanders is also critical of another part of the conversation.

"Let’s put it this way," Kim told the mom. "If he was singing in a choir, do you think it’s a realistic ending for him to be caught in a stolen car with a gun on a car chase with police?"

"Prisons are filled with people not only who sang in the choir but who are in pulpits of churches. So the church doesn’t keep you from a crime," Sanders said. "Yes. Be tough if you want to be a tough, judge. Be critical if you were that kind of a judge. But do not stereotype."

We should point out the outcome of that hearing. Judge Kim released the teen to the custody of his mother and ordered him to listen to her. His decision was more lenient than with most of the other defendants on the docket that day, including youth of other ethnicities.