While hiding from police at a Rockwall car dealership, Willie Weekley called the victim and told her he planned to kill the officers who were trying to arrest him. He said he would kill her as well if got away, law enforcement officials said.

ROCKWALL, Texas - A domestic violence suspect was arrested Wednesday after he tried to hide from police at a car dealership.

According to police, officers from the Royse City Police Department and the Rockwall County Sheriff’s Office showed up at Clay Cooley Hyundai of Rockwall just before 3 p.m. to arrest Willie Weekley.

"He made the statement that he was either gonna kill himself or kill her to stop the pain," said Lt. Nick Dial, RCPD.

Weekley was wanted for an alleged family violence incident and for allegedly violating a protective order.

But he saw the officers arriving at the dealership he worked at as a salesman before they could arrest him and decided to hide, police said.

"As the officers arrived at the location he fled out the back," Dial said. "He actually left with some keys when he took off running."

While he was hiding, police said Weekley called his alleged victim and told her he planned to kill the police officers who were trying to arrest him and would kill her as well if got away. 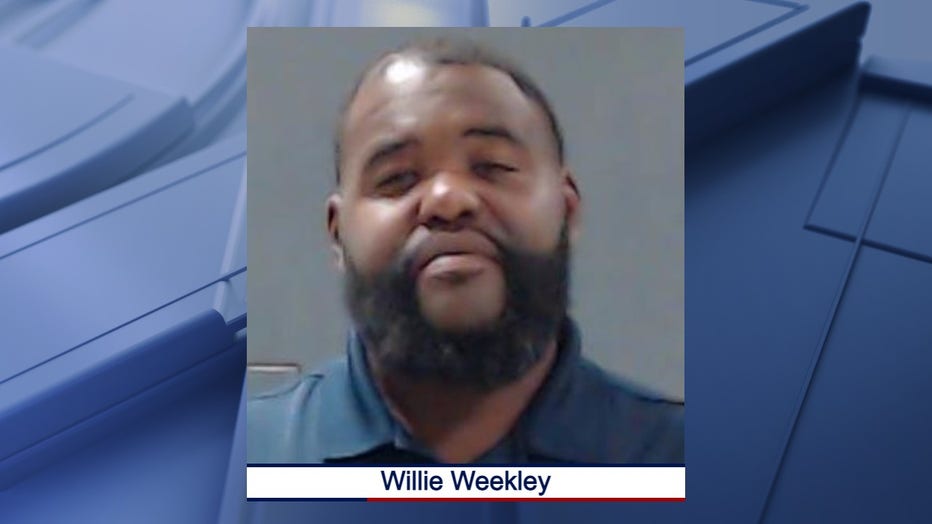 A SWAT team was called in for the standoff. They searched the dealership and after three hours found Weekley hiding inside a car. He was arrested and taken to the Hunt County jail for the outstanding warrants. He could face additional charges for trying to evade arrest.

Weekly was previously arrested on a family violence charge in December 2020 and again in January 2021 for retaliation.

"We have not dealt with him anymore until December 31 [2021] and … from December 31 to [Wednesday] we have five reports where he has gone over to the residence," Dial said.

Police said he even at one point drove through her garage door with his vehicle attempting to gain entry.

Dial says his department has one hope.

"We will be able to protect the victim and her young son from anymore family violence," he said.

No officers were hurt in Wednesday's standoff.

Marisela Botello case: Couple charged with murder flee while out on bond