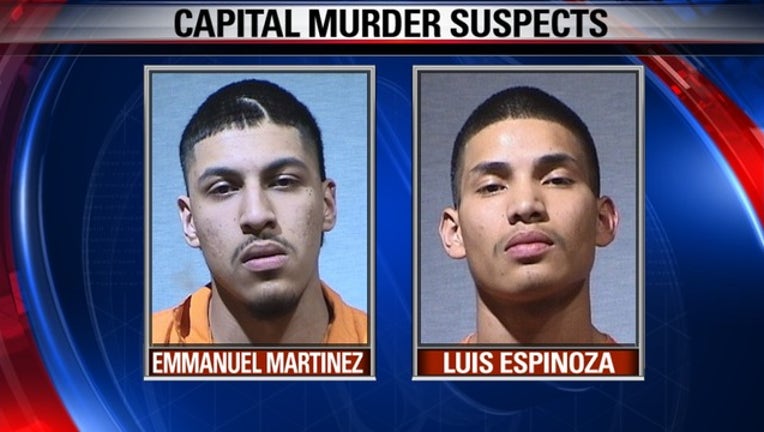 GARLAND, Texas - Garland police have arrested the two suspects accused of fatally shooting a store clerk in May.

Investigators say 18-year-old Luis Espinoza and 18-year-old Emmanuel Martinez were the two gunmen who robbed the Corner Food Mart on West Walnut on May 22.

Surveillance video shows the men storming in with their faces covered. During the robbery, 30-year-old Heng Lam was shot and killed.

No bond has been set for the murder suspects.