The driver and passenger of a car that shot at police and led them on a chase were arrested on Tuesday.

KAUFMAN, Texas - The driver and passenger of a car that shot at police and led them on a chase were arrested on Tuesday.

Kaufman police say one of their officers attempted to pull over a dark SUV for running stop signs and driving erratically. When the officer put on his emergency lights and siren, the car accelerated heading west on Highway 175.

According to Kaufman police, the passenger leaned out the window and fired a handgun at the officer, hitting the patrol vehicle at least three times.

The chase went from Highway 175 to Highway 625 before eventually getting on I-20.

The suspects' car was hit with spikes on I-20. The suspects eventually crashed their car into a ditch at FM 429 and Highway 243 East.

The driver and passenger were taken into custody. They have been identified as Brandon Thompson and Jaiden Smith. 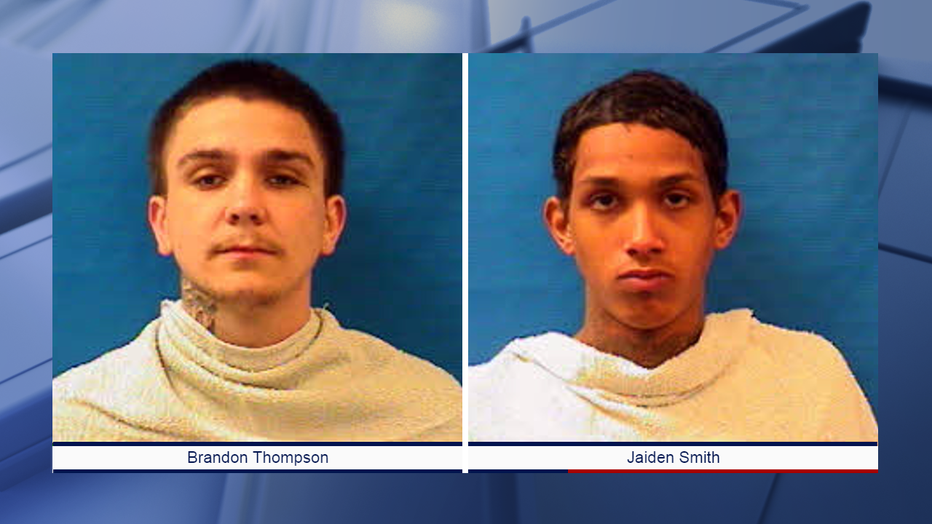 The passenger was shot during the exchange of gunfire and was taken to the hospital to be treated.

The driver was taken to the Kaufman County Sheriff's Department.

Texas Rangers are investigating the shooting.