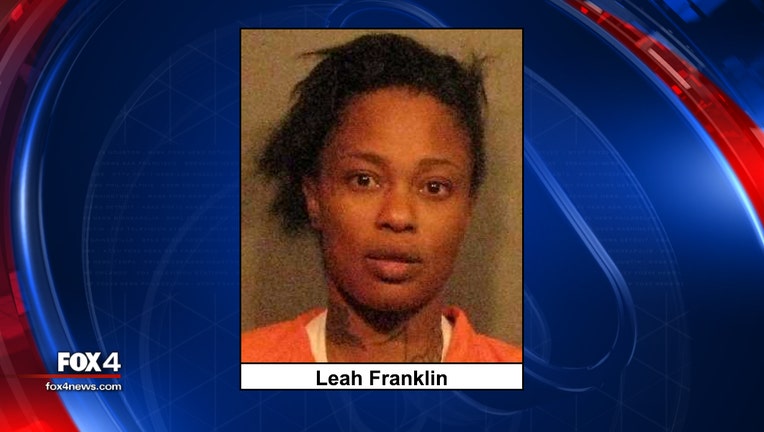 ARLINGTON, Texas - A 31-year-old woman accused of fatally stabbing a man in Arlington earlier this month was arrested by U.S. Marshals in Shreveport, Louisiana.

Leah Franklin was arrested for murder in the death of Antonio Merle on Jan. 11.

According to Arlington police, Merle was stabbed to death in the early morning hours, in the 5700 block of Prescott Drive.

He was taken to a hospital, where he was later pronounced dead.

Police did not say what led them to identify Franklin as a suspect, but she was arrested by U.S. Marshals in Shreveport.

She is now waiting to be extradited back to Tarrant County.