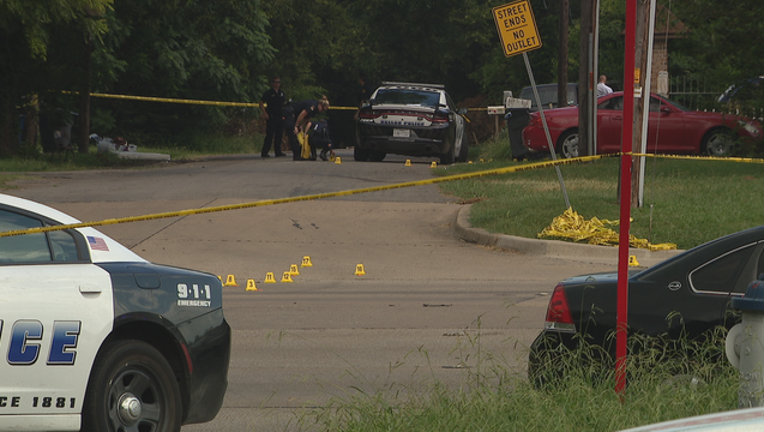 DALLAS - The suspect fatally shot by Dallas PD officers Saturday afternoon has been identified as a 30-year-old Dallas man.

According to police, Dijon D. Watkins opened fire at officers, who then returned fire and struck him. Watkins later died of his injuries. The suspect's identity was confirmed by the Medical Examiner's Office.

Records show that Watkins has several previous arrests, including charges of evading arrest, aggravated robbery, and unlawful possession of a firearm.

The incident started just before 2:45 p.m. Saturday, when officers were called about a shooting in the 3400 block of Great Trinity Forest Way.

Responding officers found a man who had been shot. He was taken to an area hospital. His condition is unknown at this time.

While investigating that shooting, police were told that the suspected shooter, Watkins, was hiding behind a dumpster in the 5000 block of Cranfield Dr.

When officers arrived at that location, police say the suspect came out from behind the dumpster, and fired at officers.

The officers returned fire, hitting the Watkins, who later died of his injuries.

No officers were injured during this incident.

Police are continuing their investigation at this time.