Security cameras captured video of the man breaking into the north Oak Cliff church and stealing nearly $8,000 worth of musical equipment.

DALLAS - Dallas police are asking for help finding a man who stole from a church in north Oak Cliff. 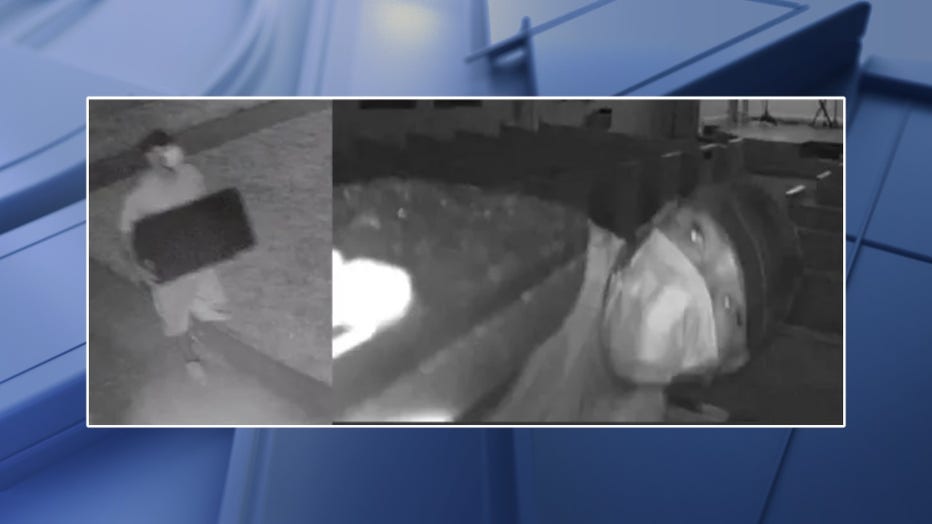 He stole nearly $8,000 worth of musical equipment.

The man has a distinctive tattoo on the outside of his left forearm.

Anyone who can identify him is urges to contact the Dallas Police Department at 214-671-0546.