The Dallas Police Department is thanking the community for tips that led to the arrest of a man who they say tortured and killed two puppies.

DALLAS - The Dallas Police Department is thanking the community for tips that led to the arrest of a man who they say tortured and killed two puppies.

A citizen's surveillance camera captured the evidence that helped lead to the arrest of 20-year-old Sebastian Acosta.

The video captured on cameras installed by a citizens group shows the callousness of a man moments before police say he beat two puppies, believed to be Pyrenees. While carrying one of the puppies by the neck, he paused for a moment, to avoid being seen by a driver passing by.

What Acosta apparently did not realize is that cameras were watching and listening.

"Having a puppy with the scruff in the other, you can hear a puppy wailing for help," said Jeremy Boss with the Dowdy Ferry Animal Commission. "The next thing you hear is a puppy squealing. Then you hear two thumps and it is dead silence."

Police say Acosta was caught on camera carrying a log.

"When we came to the scene, we actually saw the stump the guy used to bludgeon the dogs lying on one of the puppies," Boss said. 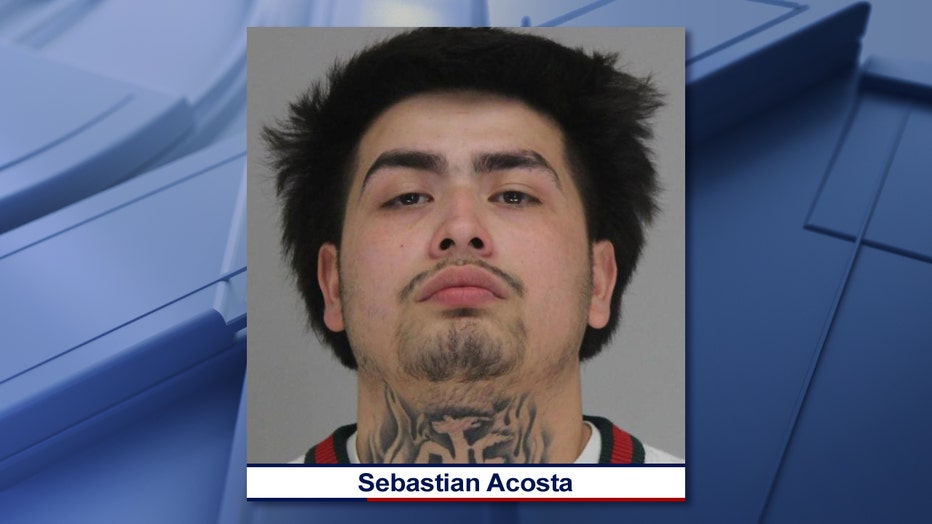 The problem of people dumping abused dogs along Dowdy Ferry Road has gone on for years. But few were ever caught until cameras were installed.

"Without these cameras, we would have came out here and do what we did the other 780 times in the last six years. We would have found two dogs hit over the head and no leads," Boss said.

Instead, DPD animal cruelty unit, which the community long advocated for, responded and tracked down Acosta.

Police did not detail how Acosta obtained the dogs.

Boss says the suspect tried to sell them on Craigslist and two people who made an unsuccessful offer later helped identify him.

"They are selling the dogs for a couple hundred bucks," he said. "This is why we fought so hard for years to get an animal cruelty unit at DPD."

Security video shows him assaulting two Pyrenees-type puppies on the side of Dowdy Ferry Road on Wednesday. The puppies died from their injuries.

Boss says Acosta brought the dogs to Dowdy Ferry Road when he failed to sell them.

"Someone that will take innocent puppies and do this needs serious help," Boss said.

Acosta was arrested early Friday morning and is now in jail for previous drug possession charges. He will be charged with felony cruelty to animals. His total bond is set at $200,000.

Police say a third dog that was seen in Acosta’s vehicle in the video was seized for protective custody.