Luke Armstrong spent several months in treatment, recovering after a severe brain injury. He lost his longtime girlfriend, Victoria Walker, and her parents in the crash in Bryan.

DALLAS - The lone survivor of a deadly plane crash is marking two years since the tragedy by sharing his inspiring journey.

He lost his longtime girlfriend, Victoria Walker, and her parents in the crash in Bryan. Walker’s father was piloting the plane.

"I have no memory of the actual sequence of the crash. It happened on takeoff. I don't remember anything." Armstrong said.

He called that part a blessing, but his long road to recovery would be the challenge of his life.

He was in a wheelchair for the first few months after the crash.

Walker, who was a Texas A&M senior at the time of the crash, suffered a traumatic brain injury.

He had to basically learn how to live again.

"I was forgetting things as they were happening in real time," he recalled. "Had to learn how to walk, then run, how to balance."

Dr. Valentina Neufeld is a vision specialist with Centre for Neuro Skills (CNS).

"I was asked to help with the case, primarily because of the vision issues that he had," Neufled said.

Neufeld developed a rigorous treatment for Armstrong to help him with his optic nerve damage.

"We were kind of bombarding him from different angles to really challenge the system so he could be where he's at right now," Neufled said.

Armstrong said some days were overwhelming.

He credits the love of his family, medical providers, and other patients at CNS with helping him succeed.

A big milestone was getting his driver's license again.

"I guess I can say I'm lucky," Armstrong said. "I'm one of the few people who has been able to get his driver's license twice." 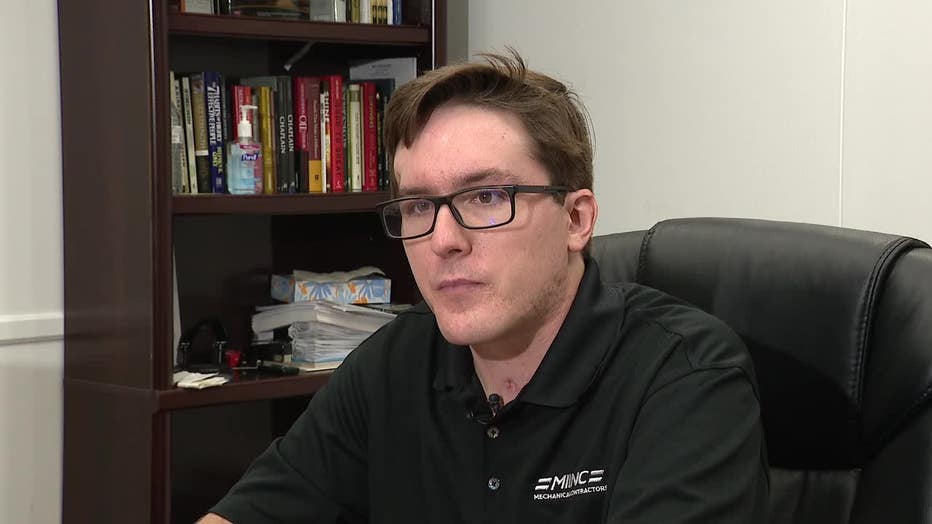 In August 2021, Armstrong was able to go back to Texas A&M and finish his bachelor's degree in construction science.

He's now a project engineer at MIINC in Dallas.

Armstrong said he looks forward to the next chapter in his life, but said Neufled and her parents will always hold a place in his heart.

"If I were to lay down and fold and not focus on recovery, then what was the point of all of it?" Armstrong said.

As far as the future goes, Armstrong said one of his big goals is to work as the project manager of either a hospital or rehab center.

He said he would love to keep back to all of the medical professionals who helped him along his journey.