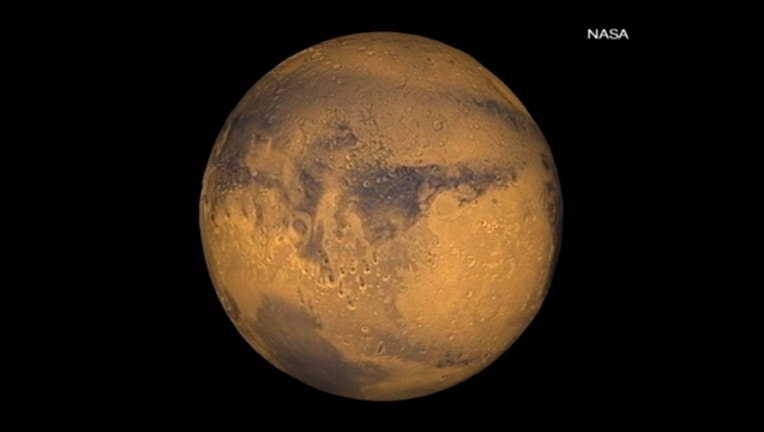 CAPE CANAVERAL, Fla. (AP) — Scientists are reporting that Mars appears to have not only frozen water but flowing streams of salty water, at least in the summertime.

They say their latest observations "strongly support" the longtime theory that salt water flows down certain Martian slopes each summer.

These dark, narrow streaks tend to appear and grow during the warmest Martian months, and fade the rest of the year. Salt lowers the freezing point of water, and scientists say that would explain these seasonal briny flows.

Because water is essential to life, Monday's findings could have major implications.

The researchers say further exploration is warranted to determine whether any microscopic life might exist at modern-day Mars. They based their findings on data from NASA's Mars Reconnaissance Orbiter, which has been circling Mars since 2006.