DALLAS - The Dallas City Council heard lots of opinions about how to regulate homes that operate as short-term rentals for platforms like Airbnb and Vrbo.

The city's latest task force stopped short of a recommendation to prohibit the rentals in single-family neighborhoods as many homeowners are asking for.

Council members on the Quality of Life Committee listened as more than 100 people sounded off about the impact of short-term rentals in their neighborhoods. Many of them expressed concerns about crime. 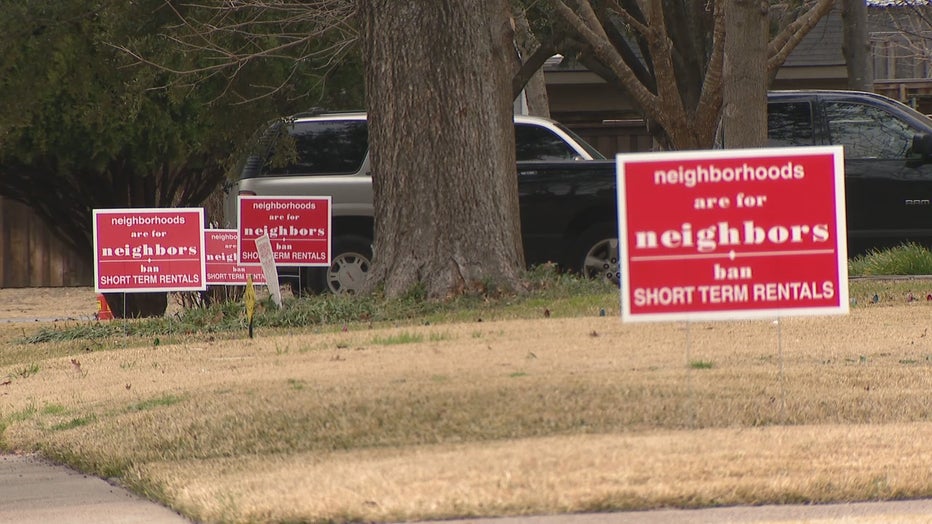 "One of them turned into a gambling shed," said resident Aundrey Evans. "There's been shootings. Police are coming back and forth."

"I shouldn't have to clean drug paraphernalia off my front yard before my children can play in it," said homeowner Ashley Travis.

Travis told council members about a shooting at an STR next to her last June.

"No one should have to wake up their children in the middle of the night to cover them from bullets," she said. "Thirty shots were fired. Over 100 cars showed up. Teenagers were shot, and our homes had bullets in them."

Timothy Sigler shared questions he said his 6-year-old has asked due to the activity at an STR by his home.

"Daddy, why are those girls dancing in our front yard? Daddy, why did that man throw up in that front yard?" he told them.

Owners of STRs argued that they support regulations that would crack down on the bad operators.

"As a super host, do not destroy our livelihood," said STR owner Tamyra Campbell. "We love it and need it."

Derek Derbigny is the owner of 12 Airbnbs in and around Dallas and manages 200 more. He says the majority of hosts don't have any problems with their neighbors.

The Quality of Life Committee only listened on Monday. It is set to discuss the latest task force's recommendations on Feb. 22.

The recommendations include mandatory registration, a max occupancy of 10 people per home and an emergency contact who is located in the city of Dallas.