Hundreds of students are competing at the State Fair of Texas for one of the top spots in the Big Tex Youth Livestock Auction. Those who make it have a chance to earn a lot of money for scholarships.

DALLAS - Nearly 3,000 students from across the state competed for a spot in Friday’s Big Tex Youth Livestock Auction at the State Fair of Texas.

The time-honored tradition celebrates the agricultural heritage of Texas. It also provides funding and scholarships for some hard-working students.

The students who earned one of the coveted 480 spots will get to sell their animals to the highest bidder.

State Fair of Texas discounts and deals for 2022 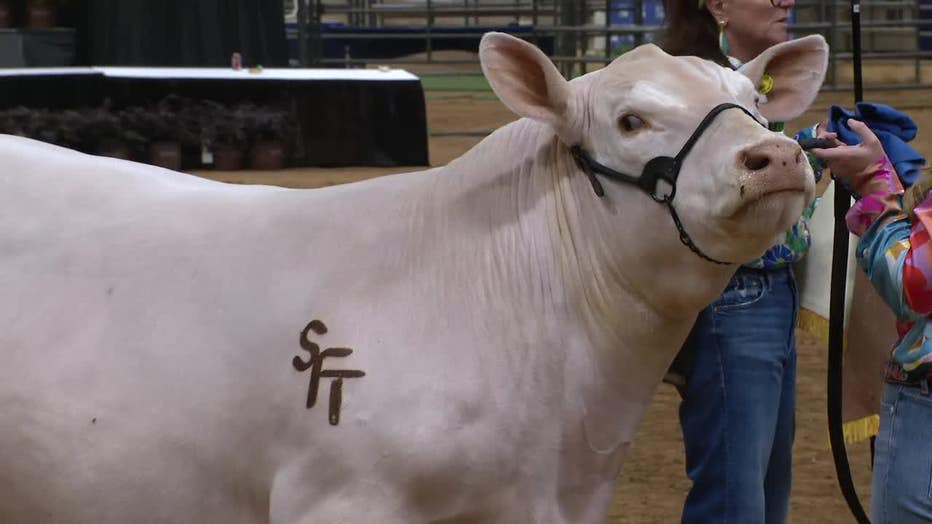 Good Day’s Tisia Muzinga met with a few of this year’s competitors including Georgia Bezner, the exhibitor of this year’s grand champion reserve steer.

"I’ve been showing at the State Fair of Texas since I was in the third grade, so it just means a lot for me to come here and do really well with a project that I’ve worked really hard on," she said.

Bezner said she’s been working with her steer named Great White since March. She washes and feeds him daily and had to make sure he stayed cool during the hot summer.

"It just takes a lot of work every day. There’s no time off," she said.

But she said the 1,377-pound steer has been a fun animal to work with.

State Fair of Texas: Where to find the best food

"He’s been a really fun calf to have all summer. He’s got a personality of his own and he’s a lot of fun," she said. "He means a lot to me, and it just means a lot for me to come here and do well."

The Red River Showdown is also happening at the State Fair of Texas this weekend. The game between the Texas Longhorns and the Oklahoma Sooners kicks off Saturday at 11 a.m.

Entertainment for the weekend includes concerts by the Vandoliers, Jamestown Revival and Lucinda Williams.