The State Fair of Texas revealed the winners of this year's Big Tex Choice Awards.

DALLAS - The State Fair of Texas has tons of rides and activities, but we all know it is really about the food.

There will be plenty of places to grab a corn dog and turkey leg, but some of the most interesting fair foods may be only in specific locations.

READ MORE: State Fair of Texas discounts and deals for 2022

This year's best taste winner in the Savory Category was the Fried Charcuterie Board, which is found at the three Nevin's Hamburger and Nevin's Corn Dog stands at the fair.

The winner for the Sweet Category, the Peanut Butter Paradise, is found at Texas Cheesesteaks Southside Steaks and Cakes outside the Cotton Bowl.

The Cha-Cha Chata, the winner of the most creative award, is at Ranchero Deep Fried Love near the Hall of State.

You can find the other finalists on the map below: 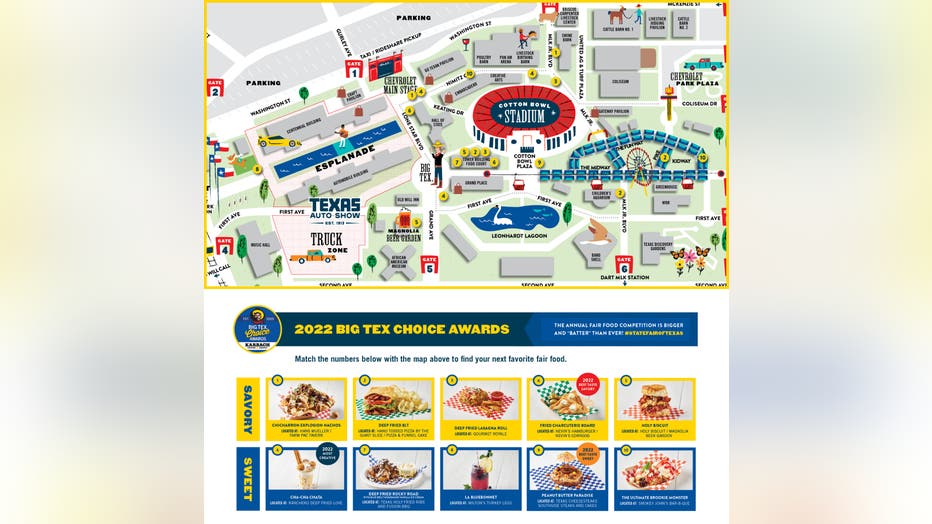 There are also a number of new foods at the fair this year, including things like Fernie's Funnel Cake Chicken sandwich, deep fried honey and loaded queso fries.

The fair released a map of the locations of some of those foods, so feel free to take a screenshot or save it to your phone: 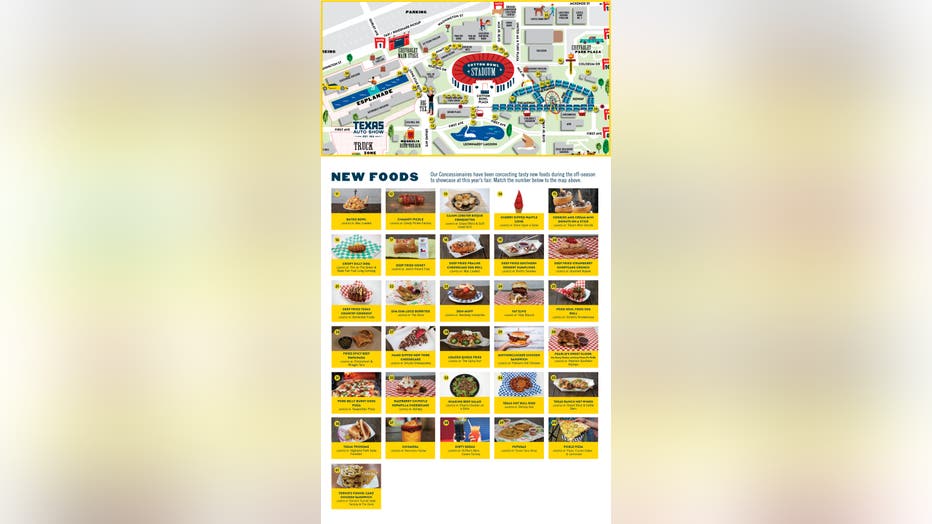 Fletcher's Original Corny Dogs is celebrating its 80th Anniversary at this year's State Fair of Texas. To celebrate, Fletcher's will give away 80 corny dogs to the first 80 customers in line every Friday.

Fletcher's is also giving away 80 corny dogs with 80 special golden wooden sticks. If you get the stick, take it to the Fletcher's Midway stand for a swag bag filled with a Fletcher's T-shirt, coffee mug, hat pin and other memorabilia.

There are 7 Fletcher's locations at the fair this year. 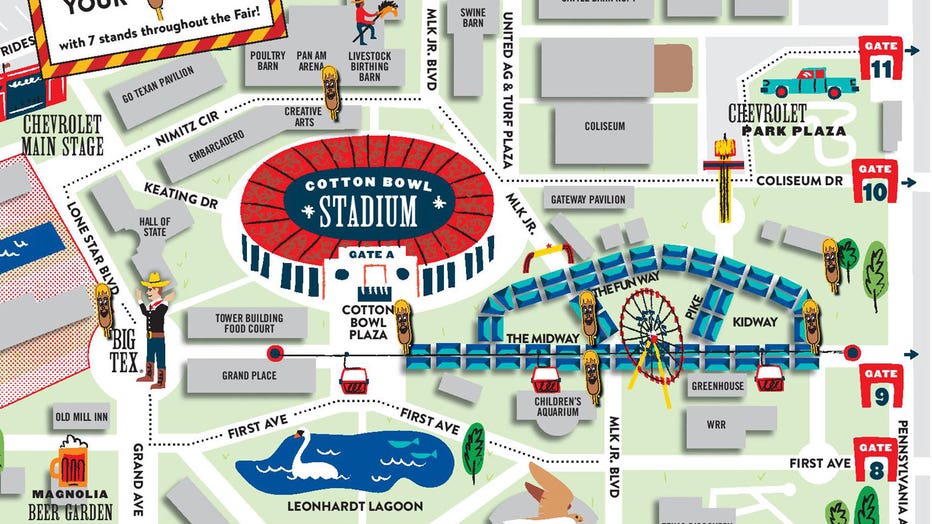 The State Fair of Texas opens Sept. 30 and runs through Oct. 23.