In a letter to the county's health director, the state says Dallas County's plan to prioritize residents of certain zip codes would've broken the rules laid out as a state vaccine hub.

DALLAS - Dallas County commissioners went into an emergency meeting Wednesday to rescind a plan to prioritize residents of certain zip codes for the COVID-19 vaccine after the state threatened to stop sending vaccine shipments.

The commissioners voted to rescind the order that would’ve prioritized people from 11 of its zip codes for COVID-19 vaccinations hours after the Texas Department of State Health Services threatened to reduce its weekly vaccine allocation and no longer consider it a hub provider because of that very order.

The order that was passed Tuesday gave ones 65 years and older and ones 16 years and older with at least one medical condition the ability to register for a vaccine before anyone else as long as they live in one of Dallas County’s 11 zip codes labeled as vulnerable. 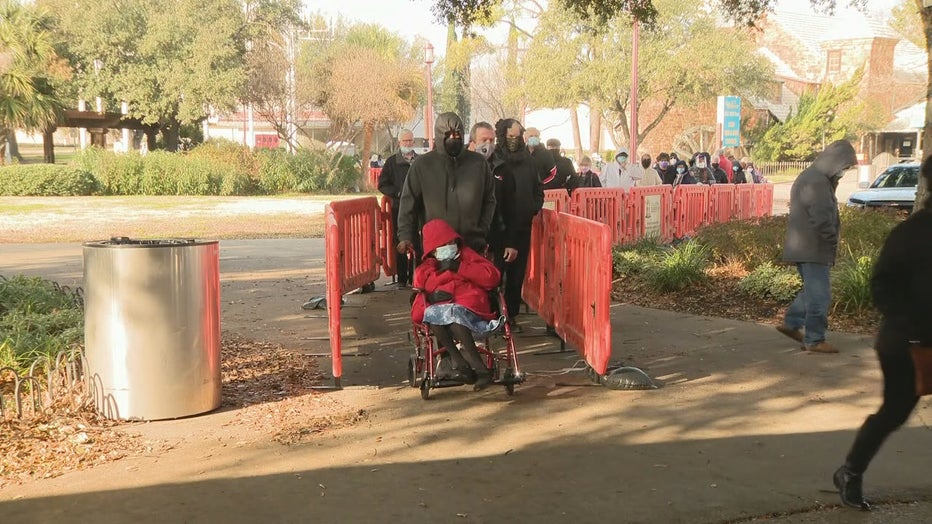 "If you lived in one of those zip codes and you were a 25-year-old with an asthma inhaler for when you exercise, you would be offered a shot potentially months before your 80-year-old grandmother with diabetes who lived outside of those zip codes," Jenkins said.

State health officials responded Wednesday, saying the order conflicts with the state’s vaccine goals that it be "distributed as widely and equitably as possible in communities across the state."

Some commissioners feel the order would’ve benefited the ones hit hardest by COVID-19.

"And so, therefore, we are getting to the most vulnerable, disadvantaged communities," said Commissioner John Wiley Price. "And that’s what we’re doing. That’s what these zip codes represent."

"Commissioner, I get you. But there’s other vulnerable communities, which is what the state’s telling us," said Commissioner Elba Garcia.

The city of Dallas is trying to figure out its own ways to serve vulnerable populations.

Councilman Chad West and five other council members requested approval for vaccine registration hubs on Wednesday. He says many in vulnerable communities aren’t aware of the proper ways to register, citing his canvassing of Oak Cliff.

Mayor Eric Johnson, acting as emergency management director for the city, however, blocked the move, saying, "our response must be driven by data, not by politics."

County leaders say 12,000 people were vaccinated at the county’s Fair Park site last week. But while more vaccines are coming, commissioners debate if all groups have easy access.

Commissioners say they’re heading back to the drawing board in hopes of coming up with a new order that’ll serve vulnerable groups while maintaining state guidelines.

Tarrant County made a similar move. However, County Judge Glen Whitley says he told the public health director to hold off implementing its plan to target specific zip codes until they confirm with the state that it follows the state’s guidelines for a vaccine distributor.