Airline executives from the four major U.S. carriers -- including North Texas-based American and Southwest Airlines -- testified Wednesday at a Senate committee hearing on oversight of the U.S. airline industry.

WASHINGTON - Southwest Airlines promised lawmakers on Wednesday the outages travelers saw earlier this year will not happen for Christmas travel.

Airline executives from the four major U.S. carriers -- including North Texas-based American and Southwest Airlines -- testified Wednesday at a Senate committee hearing on oversight of the U.S. airline industry.

The primary purpose of the meeting was to discuss the success of the payroll support program. Funding from the CARES Act saved 386,000 direct fulltime U.S. passenger airline jobs. It also required continued service to all 662 U.S. service destinations.

But airline executives from Southwest and American had to answer to recent massive flight cancellations.

"Over the summer of 2021 we saw many instances in which some airlines were overly ambitious and passengers paid the price," said U.S. Sen. Roger Wicker (R-Mississippi).

RELATED: Southwest Airlines, FAA differ over cause for cancellations

Back in June, Southwest Airlines suffered a system-wide meltdown which lead of hundreds of cancelled flights. It happened again in October.

CEO Gary Kelly told the committee several enhancements have been put in place to prevent the problem from happening again.

"We need to make sure we don't over schedule the airline relative to the people resources we have," said Gary Kelly, CEO, Southwest Airlines. "We made a number of adjustments in that regard."

American Airlines faced its own challenges in October with two days of wind gusts between 40 and 60 miles an hour.

"A serious operational issue it was driven by an extraordinary event wind in DFW, of all places. Shut down three of five runways at our hub," said Doug Parker, CEO, American Airlines. "When that happens we end up with planes in the wrong place."

Parker says American has also had trouble getting flight crews to return back from pandemic leave. Some aren't ready.

A dramatic uptick in disruptive passenger behavior, aimed at flight attendants, is also partly to blame.

Unions are demanding the Department of Justice ensure arrest and prosecution of unruly passengers both on planes and in airports.

Despite the ongoing challenges, both Southwest and American Airlines say the air travel system overall is solid. Both touted a successful Thanksgiving holiday travel week.

Alaska, JetBlue and Spirit Airlines were not in attendance, but were asked to provide the committee with written comment. Airline executives told the committee that without bipartisan support for the payroll support program, the commercial airline industry would have collapsed. 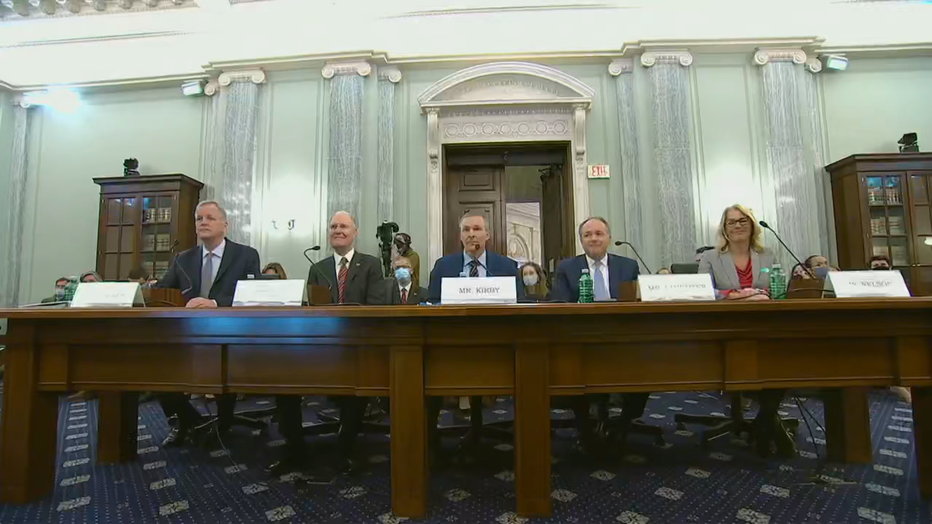