Every year, a North Texas church pairs with an anonymous donor to provide free AC window units to those who need them. On Wednesday, that church learned just how big that need is.

DALLAS - Every year, a North Texas church pairs with an anonymous donor to provide free AC window units to those who need them.

On Wednesday, that church learned just how big that need is.

The Texas heat can be brutal, and it’s only just begun for this year. There are people without air conditioning, and that can be dangerous, even deadly.

So, one local church is taking action.

It’s that time of year when North Texans are grateful for air conditioning. Martha Fleming reflected on a time she went without.

"It was bad. I kind of spent a few nights over at my family’s house," she recalled.

She purchased her South Dallas home last year, but shortly thereafter, her AC unit went out.

She was helped out by Cornerstone Baptist Church in South Dallas.

A donor, who doesn’t want to be named publicly, reached out seven years ago to organize an air conditioning unit giveaway after hearing of someone without one who died because of the heat.

"It’s when we get the first heat wave that the phone rings off the hook," Pastor Chris Simmons said. 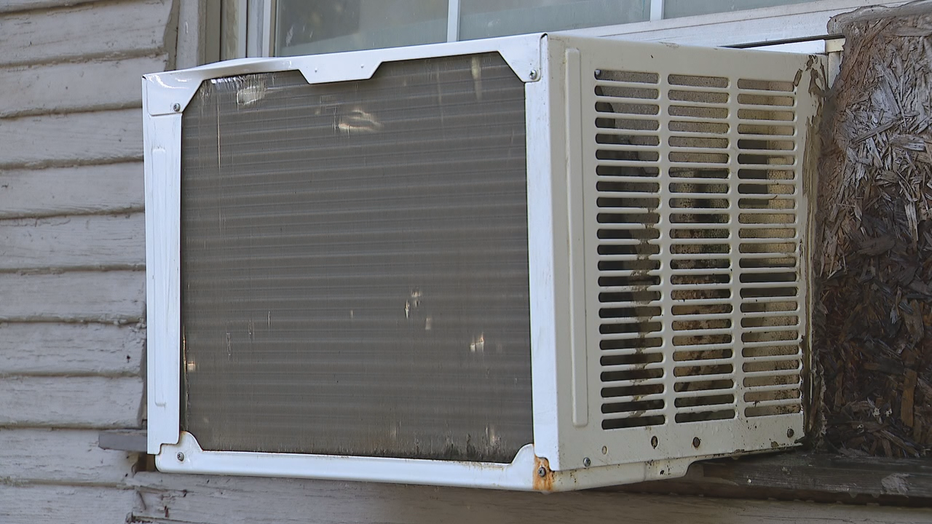 Church leaders said, typically, they help give away 150 units each year.

This week, it started posting flyers about this year’s campaign.

On Wednesday alone, there were nearly 100 calls.

They said they’re prepared for more, and so is their donor.

"So, over the seven years of doing it, we have never hit a max where he says enough is enough," Simmons said.

The church wants anyone living in a home within 30 miles of Downtown Dallas, without AC and without the resources to afford a window unit on their own, to reach out. The donor is teaming up with Lowe’s, and Lowe’s will do the installation.

It was a blessing for Fleming.

"It’s been heaven ever since. Yes, I mean, seriously, it has," she said.

She wants everyone else to know of this generous offer so they can stay cool this upcoming summer.

"No one should be without AC, if they just apply or make that phone call," she added.

The program will continue through Aug. 31.