A spokesperson said the city has not yet taken any steps to regulate short term rentals, and it does not have an estimate of how many are operating in the city.

RICHARDSON, Texas - Some residents in Richardson are calling on city council members to be more restrictive with short-term rental properties.

A spokesperson for the city said it has not yet taken any steps to regulate short term rentals and it does not have an estimate of how many are operating in the city.

She and two of her neighbors said they are tired of being woken up by parties on their once quiet cul-de-sac in Richardson. They felt they hit road blocks on every step of their year-long nightmare. At one point they started going through the process of reporting the issues and said they still haven’t gotten anywhere.

"It has happened multiple times," she said.

The president of the Creek Hollow HOA says it's a growing problem in Richardson.

"He said they were out in the front yard doing a strip tease video while he was having a party for his 5-year-old," said Jeri Strong.

She says the HOA has gotten little help from the city or police. 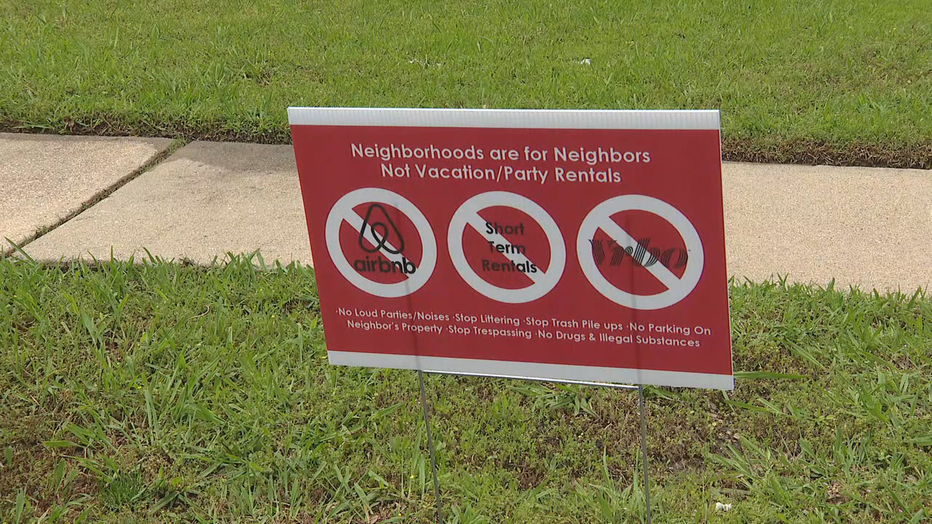 Fortunately for these neighbors, as the interview with FOX4 wrapped up, the host of the house arrived from Washington State to begin moving furniture out.

"I apologize. Not my intent for the type of groups that came," Spencer Nakamura said.

He said the last year was a learning experience.

"Initially I just thought these neighbors don’t want a VRBO or short term rental," Nakamura said. "But more I heard, I realized it was real. This is obviously not a great place to have that. Lease is canceled."

Nakamura says he was leasing the home and both he and the owner agreed to terminate the lease early. Now neighbors are left to wonder what's next.

Airbnb said they did have reports of parties from neighbors at the listing and they banned the host from their platform a few weeks ago.

The city of Richardson has not yet said if it plans to begin the process other cities have of regulating STRs.