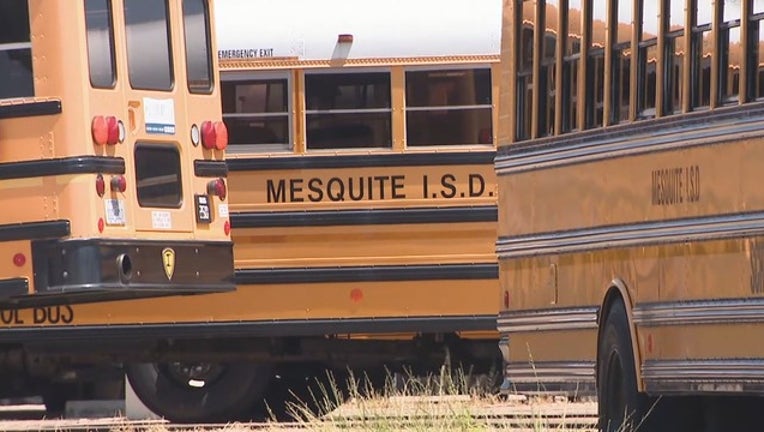 FOX 4 first reported on Monday of one canceled route that angered parents of some elementary school students. They said they were not notified and are concerned that the walking route goes across a dangerous and busy intersection.

FOX 4 has now learned the district discontinued 20 routes to an outcry from parents who say they were not notified. They also say the buses are necessary to get kids to school safely.

Temporary crossing guards were in place Tuesday at the busy Gus Thomasson/ Driftwood intersection. Families made special arrangements to get kids home from McKenzie Elementary School, about a mile away.

Parents at the Churchill Crossing Apartments aren't alone in suddenly being forced to make arrangements to get kids to and from school.

Liz Renfro's 5 and 7-year-old grandsons attend Austin Elementary School. She says not only did her daughter and son-in-law not receive notification their school bus route was canceled this year, but they say they were even told there would be bus service from the large Landmark at Courtyard Villas Apartments on Beltline Road, a six-lane thoroughfare that kids must cross to get to Austin Elementary. Turns out there were no buses, but she says the children did get a ride from their concerned principal Monday afternoon.

"The principal himself from the school actually dropped off the kids, along with a few others in a van," Renfro said. "I thought it was nice of him to do it, but it was last minute."

The district declined a request for on-camera follow-up interview on Tuesday but did say in an email it's "continuing to evaluate bus routes" and encourages parents who are concerned about a route to "drive or walk their children to school."

The parents and grandparents who spoke to FOX 4 say it's much easier said than done and hope the district acts sooner than later.

"They'll probably try to do something about it then when something happens and a child gets hit by a car," Renfro said. "That would be sad."

The city of Mesquite, which pays for the crossing guards, says it was not contacted by the district prior to the bus routes being canceled about adding crossing guards to Gus Thomasson or Beltline Roads. The city says because of the printing error and parents not receiving notification letters, it didn't realize there was concern.

The crossing guard will remain at Gus Thomasson and Driftwood until Sept 16 when it can be formally considered by the city council.