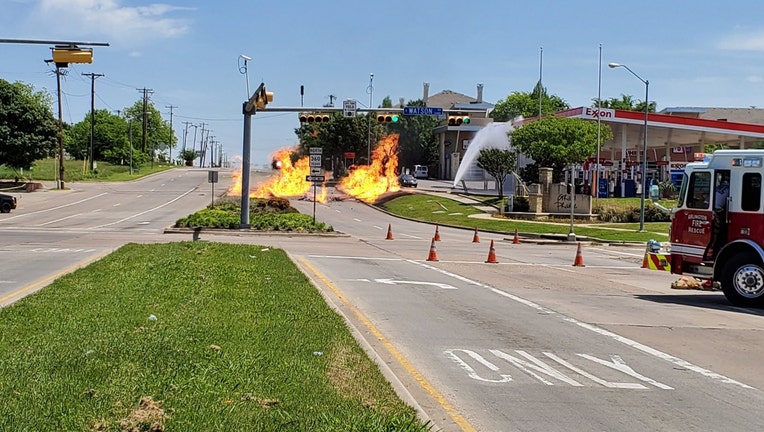 GRAND PRAIRIE, Texas - The Grand Prairie Fire Department is evacuating some homes and businesses because of a natural gas fire Saturday.

Initially, those between Mayfield Road and I-20, and between Hwy. 360 and Great SW Parkway were asked to evacuate to the east or west using I-20 or Mayfield.

The fire department reported a fire at a major gas leak at Mayfield Rd. and Hwy. 360.

The Arlington and Grand Prairie police departments are assisting with traffic control of the area.

No other details have been released at this time, but fire crews and Atmos are on the scene.