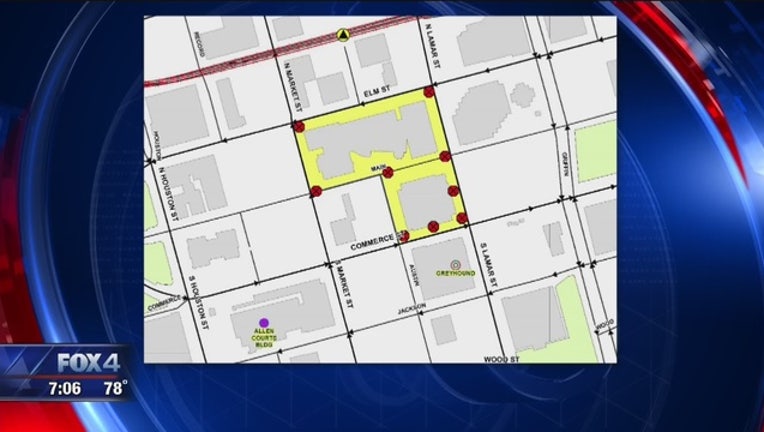 DALLAS - More crime scene tape is coming down in downtown Dallas five days after the shootings.

“We’ve blocked off traffic with a large footprint. We are reducing that basically to the area around El Centro College and the Texas Club parking garage,” said Lt. Roberto Arredondo with the Dallas Police Department’s traffic unit.

Some cars are still inside the crime scene at the parking garage. They might not be returned to their owners until the end of the week.

President Barack Obama's motorcade could also cause some traffic problems Tuesday around noon and 4 p.m. as it moves between the Meyerson Symphony Center and Love Field. However, the exact routes have not been disclosed.