With those long and desperate lines gone, Dallas is now bring shots to the neighborhoods.

DALLAS - With less vaccine demand in Dallas, there is a new effort to bring the shots to neighborhoods.

The overall idea is to remove as many obstacles as possible that people might face when they want to get vaccinated.

So more and more, there are efforts to bring the vaccine right into communities and as close to people’s homes as possible.

Starting at 10 a.m. Monday, a pop-up vaccination clinic will open at the Bishop Arts Theater on South Tyler Street in North Oak Cliff.

And there are other efforts underway to make it easier for people to get the vaccine. 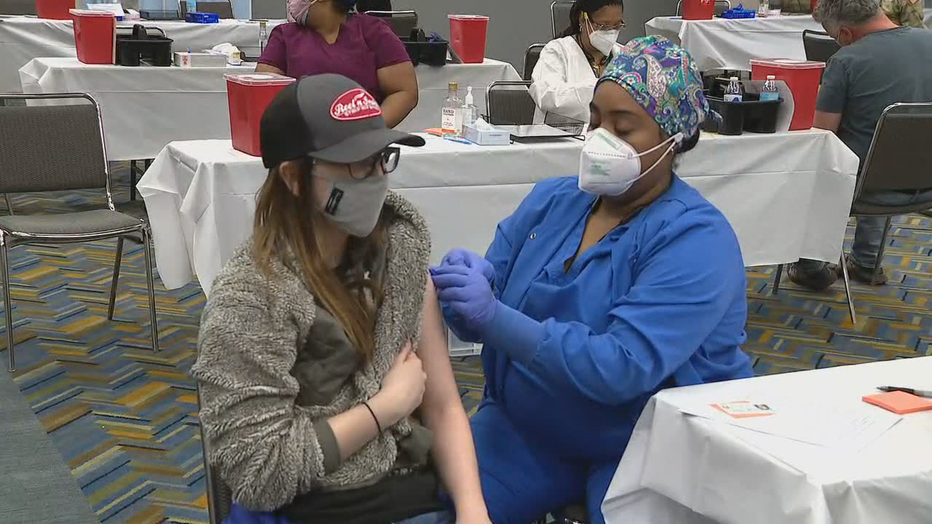 The Fair Park vaccine hub was open Thursday from noon to 9 p.m. to accommodate people who aren’t able to make it during the regular daytime hours. The extended hours will be offered again this coming Wednesday.

Also, earlier this week, Dallas announced it no longer requires appointments at its large-scale vaccination hub at the Potter’s House. Anyone who wants the vaccine can just drive up to get one.

All of this is happening as health officials have pushed the expected timeline for Dallas County to reach herd immunity from mid-June to late June or possibly early July. The new estimate is based on slowing vaccination rates.

Herd immunity is achieved when 80% of residents are vaccinated or have some kind of immunity against the virus.