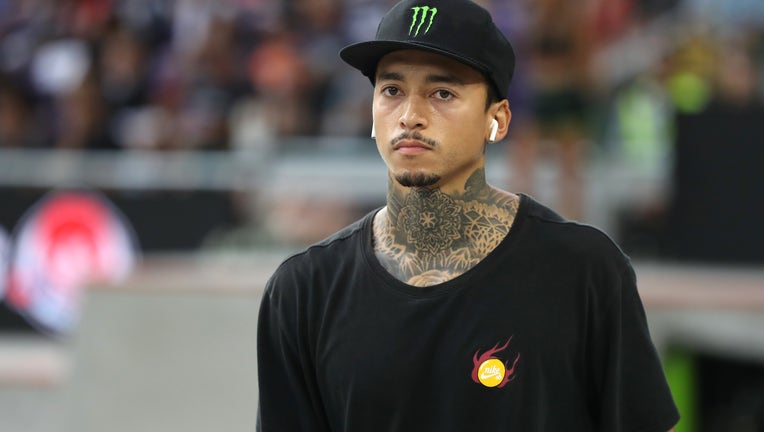 LOS ANGELES - A skateboarding world champion is among five people prosecutors in Southern California have charged with organizing parties that were possible superspreader events amid the pandemic.

Nyjah Huston, a four-time world skateboarding champion, and Edward Essa, the owner of a home in the Fairfax District in Los Angeles, held a party last month with at least 40 people that was shut down by police after receiving a complaint. At least two other parties were held at the home last fall, authorities said.

Huston and Essa were both charged with creating a nuisance, a misdemeanor. Neither could be reached for comment, the Los Angeles Times reported Saturday.

The Jan. 9 party took place when coronavirus cases were surging at an unprecedented rate following the holidays. Hospitals had exhausted their ICU beds capacity and officials were constantly urging residents not to gather in large groups.

Officers had previously shut down events at the home on Sept. 12-13 and Oct. 17 and issued warnings to the residents that large gatherings violated the mayor’s public order, officials said.

DOWNLOAD THE FOX 2 NEWS APP FOR iOS and ANDROID

After the January party, Mayor Eric Garcetti ordered the L.A. Department of Water and Power to cut off electric service to the home in the 800 block of North Curson Avenue.

Mike Feuer, the city attorney who acts as L.A.’s top prosecutor, said the coronavirus has dramatically changed the lives of residents, but some have refused to change their behavior.

"During this crisis, my office has held those individuals and businesses who have had large indoor gatherings, violating important public health and safety orders, accountable." he said. Those charged, he said, are "connected to properties where we allege that large indoor parties were held in violation of public health orders."