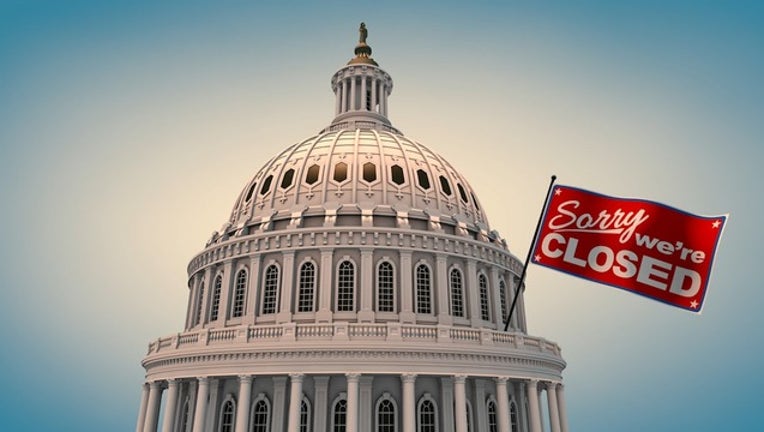 FLAGSTAFF, Ariz. (AP) - Fallout from the federal government shutdown is hurting Native Americans as dwindling funds hamper access to health care and other services. The pain is especially deep in tribal communities with high rates of poverty and unemployment, where one person often supports an extended family.

The effects were being felt far and wide.

In New Mexico, a lone police officer patrolled a Native American reservation larger in size than Houston on a shift that normally has three people, responding to multiple car wrecks during a snow storm, emergency calls and requests for welfare checks.

Elsewhere, federally funded road maintenance programs are operating with skeleton crews and struggling to keep roads clear on remote reservations. Tribal members said they can't get referrals for specialty care from the Indian Health Service if their conditions aren't life-threatening.

Native American tribes rely heavily on funding guaranteed by treaties with the U.S., acts of Congress and other agreements for public safety, social services, education and health care for their members. Because of the shutdown, tribal officials say some programs are on the brink of collapse and others are surviving with tribes filling funding gaps.

About 9,000 Indian Health Service employees, or 60 percent, are working without pay and 35 percent are working with funding streams not affected by the shutdown, according to the Health and Human Services department's shutdown plan. That includes staff providing direct care to patients. The agency delivers health care to about 2.2 million Native Americans and Alaska Natives.

The agency gets money from the Interior Department, whose budget is snared by the shutdown. For many tribal members, IHS is the only option for health care unless they want to pay out of pocket or have other insurance. Benefits under programs like Social Security, Medicare and Medicaid are unaffected by the partial government shutdown.

Much administrative work at IHS has come to a halt, and while most of it doesn't have an immediate effect on health care delivery, some patients were experiencing delays.

Clara Pratte's 68-year-old mother had surgery to clear up vision in one of her eyes earlier this month, but the Navajo woman wasn't able to get a referral from IHS for a follow-up appointment after pressure built up in her eye.

"We're managing, but it's a matter of when the government might open again to have it evaluated by a specialist," Pratte said.

In Washington state, the Seattle Indian Health Board plans to cut services if the federal shutdown continues more than a week or two. Endangered programs include an in-patient treatment center for chemical dependency and a traditional medicine program that incorporates a sweat lodge, storytelling and drumming to help people in recovery, government affairs officer Aren Sparck said.

About one-fourth of the organization's funding comes from IHS, he said.

IHS spokesman Joshua Barnett said tribal health programs and ones in urban areas can continue operating, but the agency cannot fund them during the shutdown.

Leaders of Native American organizations wrote to Congress on Thursday describing the impact the shutdown is having on their communities, including on education, housing programs, child welfare and economic development.

"The long-term effects of this shutdown will ripple throughout our communities for months or even years following the reopening of the government," read the letter released by the National Congress of American Indians.

Michelle Begay was furloughed in late December from her administrative job with IHS and said she cannot seek work in the same field under the agency's regulations.

She doesn't know how she will pay for her daughter's parking pass for college or a plane ticket to Chicago to see her son graduate from a Naval academy next month without dipping into her savings. If she does, she risks not being able to cover her house payment and utilities beyond January.

Begay also had applied for health insurance through her employer before the new year to avoid high deductibles on her husband's plan, but the paperwork didn't get processed because of the shutdown. She recently paid $600 to be seen for bronchitis but couldn't cover the costs when she was hit with a second bout. She went to an IHS clinic after calling for three days to get an appointment.

"I was very fortunate, my situation was treatable," she said. "My lung didn't collapse, that's what they were really concerned about. But, still, I had to wait two, almost three days to be seen."

Another federal agency serving Native Americans, the U.S. Bureau of Indian Affairs, was expected to furlough nearly 2,300 of its roughly 4,060 workers, according to its contingency plan. An agency spokeswoman didn't respond to messages left by The Associated Press.

The Mescalero Apache in south-central New Mexico was offering people jobs at its casino and ski lodge. The Navajo Nation's power company says it will work with any furloughed employees struggling to pay their bills.

With the shutdown now entering its third week, the strain on the tribes was expected to increase.

Gabe Aguilar, the Mescalero Apache vice president, said a late December winter storm dumped more than three feet of snow on the mountainous reservation. The BIA runs the police force there, furloughing much of the staff and limiting the ability to respond to calls, Aguilar said.

In one instance, concerned relatives of an elderly man asked police to check on him because they couldn't get out of their own driveway, Aguilar said. By the time authorities reached his house, Aguilar said the man had died. He stopped short of blaming the federal shutdown.

"I don't want to get into a finger-pointing contest because right now, everyone is grieving," he said. "It did happen, though, an elder passed away. It's hard, it's a hard job and I wouldn't want to say what could've been."

Democratic members of Congress, including U.S. Sen. Tom Udall of New Mexico and Rep. Sharice Davids of Kansas, have cited the man's death as an example of the impacts felt across Indian Country.

"Every day the president continues to treat tribal health and public safety programs like hostages for political gain endangers families across Indian Country," Udall said this week on the Senate floor.

Javier Kinney, executive director of the Yurok Tribe in northwestern California, said the tribe is about 90 percent funded through federal grants and is stretching its budget and using financial reserves to provide services to its 6,200 members. He said the tribe will have to cut workers' hours or furlough them if the funding isn't restored soon.

"Democrats and Republicans shouldn't look at is as a partisan issue in regards to tribal relations or tribal affairs," he said. "It's just the right thing to do."

Fox 10 reported on this story from Phoenix.