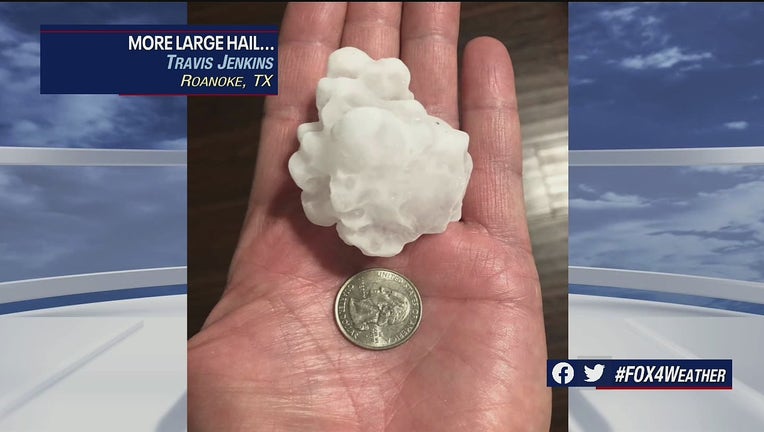 DALLAS - There was plenty of heavy rain, lightning, some hail and possibly even a tornado in North Texas overnight.

Some areas especially in the northern portions of the metroplex saw significant hail. 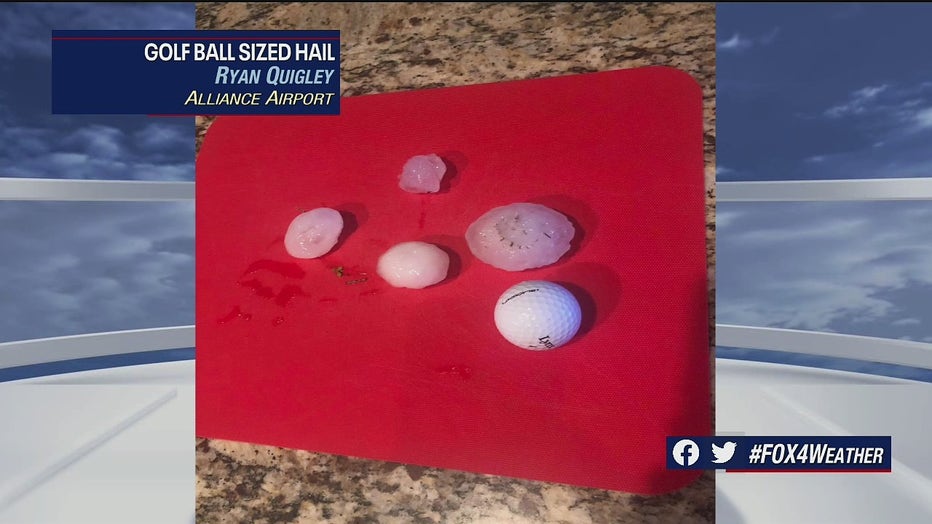 FOX 4 viewer Ryan Quigley shared a photo of golf ball-sized hail that fell near the Alliance Airport. Another viewer in Lantana, in unincorporated Denton County, captured a similar sight.

Video from Van Zandt County, southeast of Dallas, shows up to half dollar-sized hailstones pummeling cars and homes.

There may have also been a tornado in the Denton area.

FOX 4 viewers Collin Cauthen shared video of what appears to be a funnel cloud near Highway 1830 and Ryan Road in Denton.

FOX 4 viewer Collin Cauthen captured video of what looks like a funnel cloud in the Denton area Wednesday night.

But the severe weather has diminished with just light to moderate rainfall lingering Thursday during the morning rush hour.

The skies are expected to clear around mid-day and stay dry until Saturday, Kylie said.

Showers linger as severe storms move away from North Texas

It was a noisy night across North Texas and it will be a soggy Thursday morning. But FOX 4 Meteorologist Kylie Capps said things will start to dry out soon.