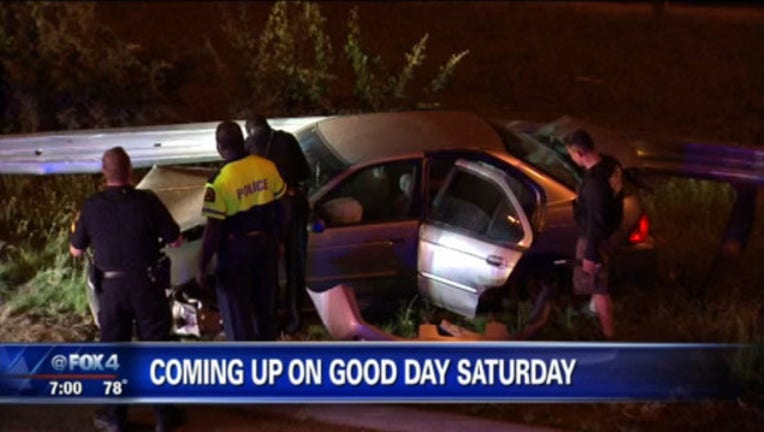 Dallas police believe they captured four of the five juveniles suspected of being involved in an armed robbery.

Officers were called to north Hall Street and Highway 75 around 12:30 a.m. Saturday after at least one person was robbed at gunpoint.

Police spotted the car suspected in the robbery and a chase began.

The driver crashed along the ramp from Highway 75 to I-30.

Four people ranging in age from 14-15 were captured and taken in for questioning.

Police believe the remaining suspect, the driver, is also 14 or 15 years old.

A gun was found in the car, police said.