AVONDALE, Ariz. - A "Seusspicious-looking" passenger was caught in the HOV lane on I-10 in the Phoenix area end authorities are warning inflatable holiday decorations don't count as another person in your car.

The driver was on I-10 near Avondale Boulevard for an early morning commute with an inflatable Grinch holiday decoration in the passenger seat.

"The trooper stopped the driver and determined the grumpy green guy was, in fact, an inflatable Grinch," the Arizona Department of Public Safety said in a Twitter post.

The driver was cited, although DPS said it appreciated the holiday spirit.

"With extra traffic on AZ roads this time of year, be sure you understand the law (ARS 28-737) & restricted times before using HOV lanes," DPS cautioned. 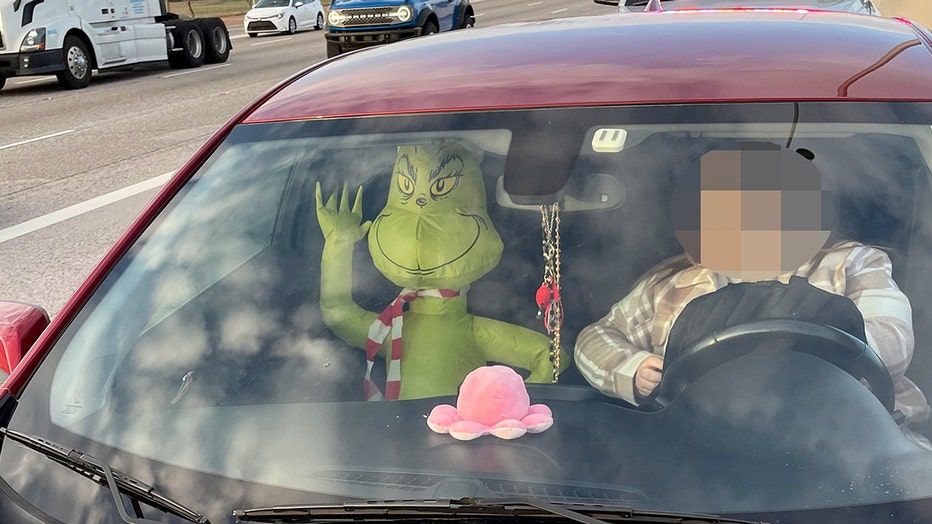 Photo by the Arizona Department of Public Safety