From details of the latest coronavirus relief package, to gun reform in the wake of recent mass shootings in America.

[REPORTER: "I know one of the main things the President and VP has been touting this week is the American Rescue Plan, what does that mean for Texans and your average American? Besides just getting that stimulus check, what else does it do?"]

"We expanded the earn income tax credit and the child tax credit, which means that this year, for every child, you would get a monthly check starting in June to the end of the year," Richmond responded.

"The average family, that if you make under $90,000 a year, your health insurance costs for the ACA will go down $200 per month. And we think that's a big deal because, again, what we're trying to do is make sure that we put as much money back into the pockets of hardworking Americans," he added. 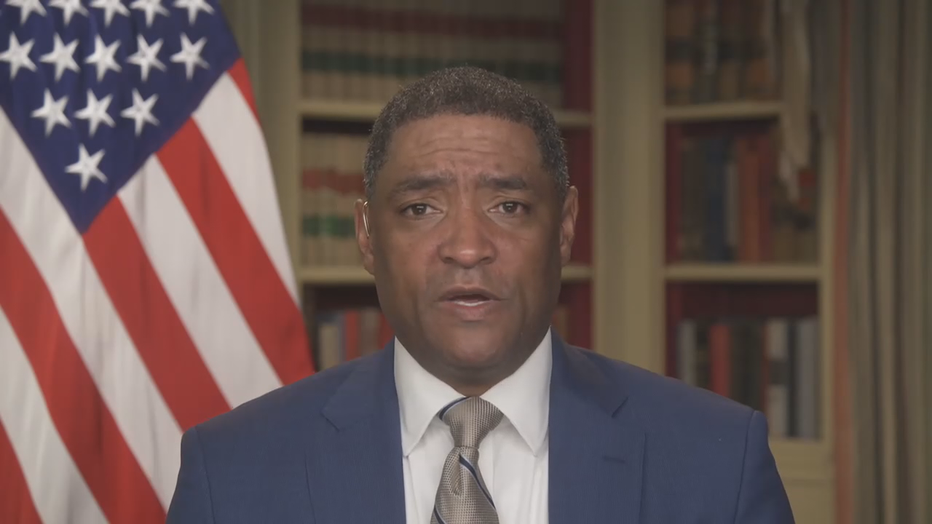 That money will also go to COVID-19 testing and vaccines, as well as opening schools back up.

"It provides $160 billion so that we can continue to test, give vaccines," Richmond said. "We spent $130 billion, so that we can safely reopen schools, five days a week, so that parents don't have to choose between working and helping their kids virtual school. So it's a very comprehensive bill."

[REPORTER: "Are we really close to being able to have herd immunity and have some sense of normalcy this summer?"]

"We bought more vaccines, so that we could have it available sooner. And we're just asking everybody, please, we're doing our part. just do your part and get the vaccine and we believe will reach a herd immunity, not by July 4, but will reach herd immunity sooner rather than later, but around July 4 is the time where we think families can gather," he responded.

REPORTER: "When it comes to guns and reform and having two mass shootings in six days, where does the President and White House stand?"

"We need sensible gun safety measures, the House passed universal background checks, which is supported by almost 90% of the country. Closing the Charleston loophole that allowed Dylan Roof to buy a gun and kill nine people who were gathered at bible study at Mother Emanuel Church. It's supported by 90% of the country," he explained. "Those are two things that the House of Representatives passed and we believe this initial will quickly be taken up and passed because it's sensible, it does not infringe upon Second Amendment rights, but we have a problem in this country, and we need to deal with it."