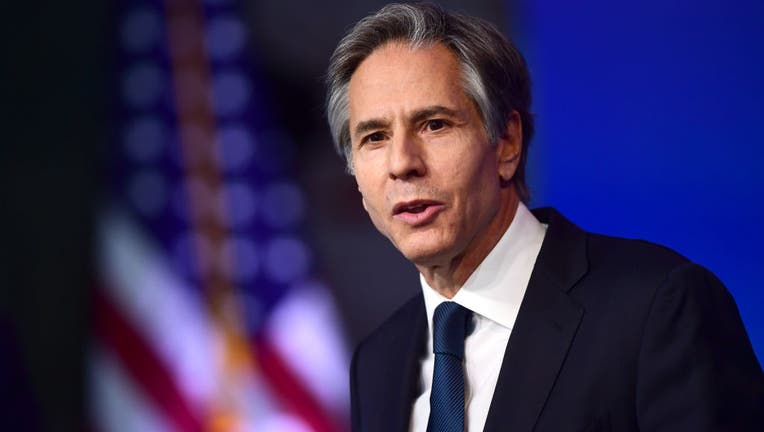 WILMINGTON, DE - NOVEMBER 24: Secretary of State nominee Antony Blinken speaks after being introduced by President-elect Joe Biden as he introduces key foreign policy and national security nominees and appointments at the Queen Theatre on November 24

WASHINGTON - Antony Blinken has been confirmed as the 71st U.S. Secretary of State.

The Senate voted 78-22 Tuesday to approve Blinken, a longtime adviser to President Joe Biden. The position is the most senior Cabinet position, with the secretary fourth in the line of presidential succession.

Blinken, 58, served as deputy secretary of state and deputy national security adviser during the Obama administration. He has pledged to be a leading force in the administration’s bid to reframe the U.S. relationship with the rest of the world after four years in which President Donald Trump questioned longtime alliances. He is expected to start work on Wednesday after being sworn in, according to State Department officials.

"American leadership still matters," Blinken told the Senate Foreign Relations Committee at his Jan. 19 confirmation hearing. "The reality is, the world simply does not organize itself. When we’re not engaged, when we’re not leading, then one of two things is likely to happen. Either some other country tries to take our place, but not in a way that’s likely to advance our interests and values, or maybe just as bad, no one does and then you have chaos."

Blinken vowed that the Biden administration would approach the world with both humility and confidence, saying "we have a great deal of work to do at home to enhance our standing abroad."

Whether personally or through his family, Blinken has a familiarity with the State Department that’s hard to rival.

Not only did he serve as deputy secretary of state for President Barack Obama, his family has served in Senate-confirmed positions as well.

For example, Blinken said the United States should work with Iran to produce "a longer and stronger" agreement on Iran’s nuclear ambitions. In 2018, President Donald Trump withdrew from the Obama Era nuclear deal with the Iranians.

When it comes to China, Blinken said Trump was right to take a tougher stance, but criticized the administration’s execution — saying that it alienated America’s allies.

"As we look at China, there is no doubt that it poses the greatest threat of any nation state to the United States," he said.