More than 2,000 undocumented minors are being temporarily housed at the Kay Bailey Hutchison Convention Center.

Cruz said the conditions in Dallas are better than at the border, but the facility is nearly at capacity.

The Department of Health and Human Services says there are roughly 2,235 unaccompanied migrant children being held at the convention center in Dallas. The facility has a capacity for 2,300. Cruz said he expects even more unaccompanied minors to be sent to Dallas.

"In one enormous room, there are 2,200 cots. Each set out about six feet apart from one another. So by any measure, conditions are better here than they are down at the border," Cruz said. 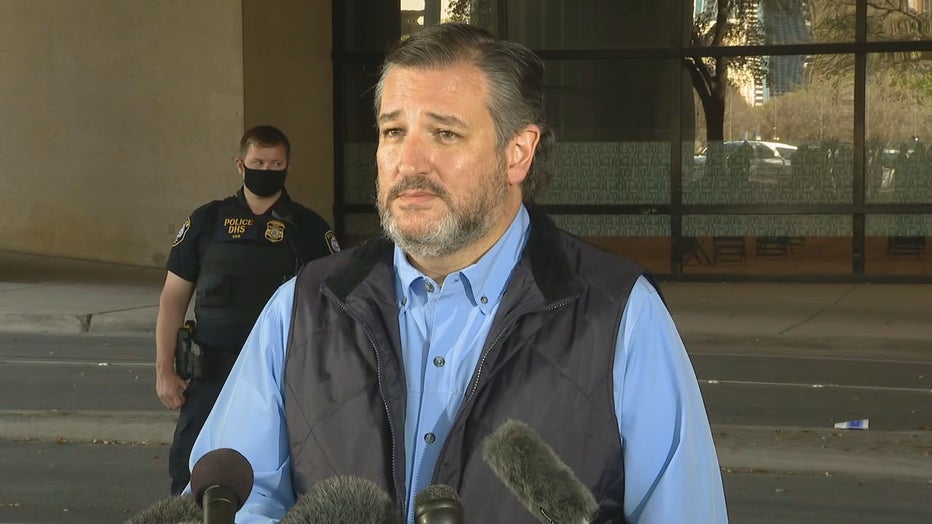 Cruz also addressed the weekend security mishap where four migrant teens escaped the convention center and were caught by law enforcement a few blocks away. He says there was a heavy law enforcement presence at the holding center on Monday.

"Four young boys escaped from this facility. They scaled a chain-link fence and climbed down," Cruz said. "Apparently, it was described to me about 70 feet. They climbed down across the freeway and across the train tracks. That is obviously a dangerous situation."

At Monday’s White House press briefing, the Biden Administration says they’ve opened up three more facilities in the last week to create space to hold 7,000 more beds and they are coming up with other solutions.

"What we’re working to do is put in place steps and actions to help address the situation at the border, including expediting processing and opening up additional shelters, but also reinstating policies like the Central American Minors program to encourage young people to apply in their country and not make that treacherous journey," said White House Press Secretary Jen Psaki.

Meanwhile, Cruz is blaming the Biden Administration for ending the border wall construction, calling on them to reinstate a policy for those seeking asylum to stay in Mexico as their cases work their way through the system and end the current policy of allowing those with asylum claims to stay in the U.S. pending a court date.

"So that now when individuals are apprehended, they’re given a court date sometime in the future. They’re released and everyone knows only a very small percentage will actually show up to that court date," he said.

Cruz went on to say it’s projected more than 100,000 unaccompanied minors will cross the border illegally this year.

HHS says nearly 12,000 unaccompanied children are currently in their care.