One of the Biden Administration's most outspoken critics in Texas -- Senator Ted Cruz -- will be in Dallas Monday looking for more evidence of mismanagement at the place where young illegal immigrants are being held.

DALLAS - Republicans are stepping up their criticism of the Biden Administration’s handling of the border crisis as more migrants continue to fill detention facilities.

He and other Republicans continue to hammer the Biden Administration for its handling of the border crisis.

Sen. Cruz shared video Sunday of a crowded facility at the border where migrants including young children are being kept very close together.

Last week, Cruz and other Republicans toured the intake center in Donna, just outside McAllen.

He said the woman seen in the video trying to block him from recording video was one of President Joe Biden’s officials. She asked him to respect the facility’s rules and give the migrants their dignity. 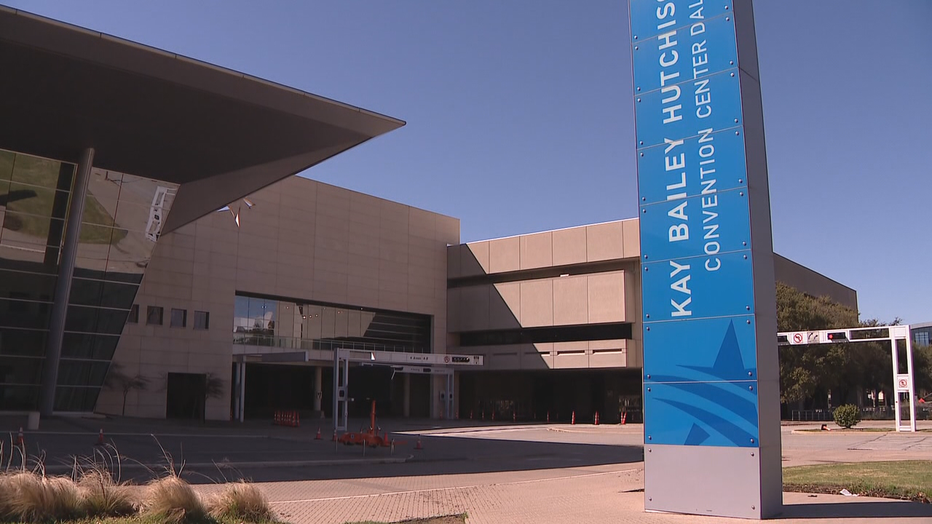 "The Donna facility is this giant tent city that they’ve built. It’s massive. It’s designed to hold a thousand people but under COVID restrictions, its capacity is 250. It right now has over 4,000 people in it. It is at a 1,500% capacity and that meant you saw in these cages children, little boys and little girls, side by side. They’re not 6 feet apart. They’re not 3 feet apart. They're not even 6 inches apart," he said.

The migrants coming to the U.S.-Mexico border are mainly from Central American countries.

The Kay Bailey Hutchison Convention Center in Dallas is one of several overflow facilities where migrant children are being taken until they can be paired with relatives or sponsors who will care for them while they await a hearing.

"We absolutely agree these are not places for children and our focus is on solutions and moving them as quickly as possible. We're also making sure we are processing kids more quickly at the border. Some of these kids come with a phone number in a pocket. It might be of a parent. We want to make sure we are breaking through the red tape and getting them to their parents as quickly as possible," said Jen Psaki, the White House press secretary.

As of late last week, more than 16,000 unaccompanied children were in government custody, including about 5,000 in substandard facilities operated by U.S. Customs and Border Protection.

The U.S. Department of Health and Human Services has a new agreement in place with a convention center in San Antonio, which is expected to start receiving unaccompanied minors this week just like the teens being sheltered at the Dallas convention center.