If you’re driving the Houston-Fort Worth corridor, you may soon share the road with driverless semis.

FORT WORTH, Texas - If you’re driving the Houston-Fort Worth corridor, you may soon share the road with driverless semis.

That’s the goal of a company new to the North Texas landscape.

Waymo is the latest self-driving tech company setting up shop in Dallas. It announced last week it will begin testing autonomous big rigs on the busy freight corridor connecting Houston and Fort Worth.

"You’ll see the bright blue Waymo tractor with a Waymo logo on it with a Waymo-branded trailer," explained Charlie Jatt, Waymo’s head of commercialization for trucking. "We’re very clear and very public about our trucks being on the roads. And if you look closely, you’ll see the actual truck is equipped with a number of sensors." 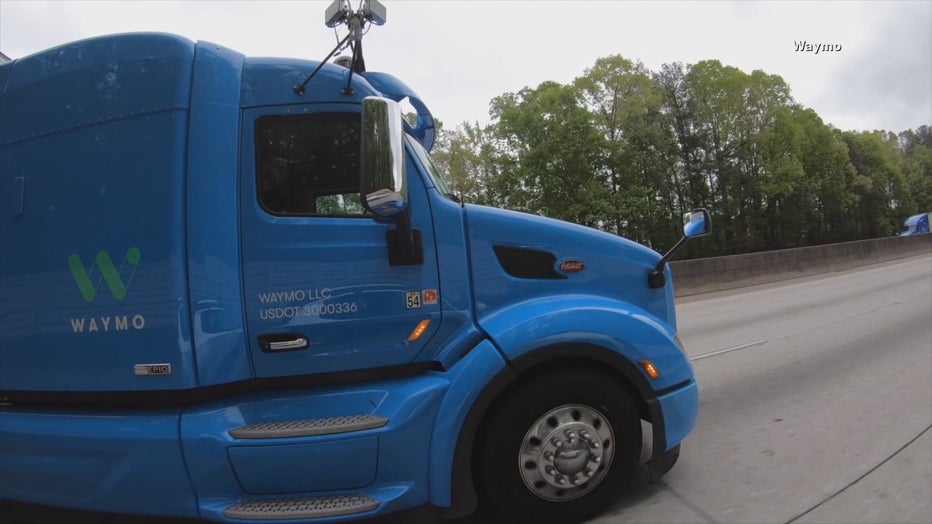 For now, it will also have a human, or autonomous specialist, in the cab just in case.

"They have their hands hovering closely on the wheel," Jatt said.

But the truck will rely primarily on its driverless technology.

The on-standby specialists will go through rigorous training, undergoing simulation and closed-course testing.

"Anything that we put on public roads has been through the wringer and has our 100% stamp of safety," Jatt said.

"Here in Texas, we have the most dangerous roads in the nation, the most crashes and the worst crashes," said Texas Public Interest Research Group Director Bay Scoggin. "So anything that gets us away from distractions, impairment, fatigue, speeding, those are good steps."

While some worry about eliminating thousands of trucker jobs, those with the Texas Trucking Association point out driverless trucks could help address the current truck driver shortage and help keep the state’s economy growing.

"As we look forward toward a driverless future, we just need to keep our eye on it and set clear performance standards for that new technology as well as educating the public for what they should expect," Scoggin said.

Exactly when will Waymo trucks be fully autonomous on our roadways? Jatt says to expect it in the coming years, but no exact date has been set just yet.