Thursday marked day two at TMS for Denton County Public Health’s vaccination site.&nbsp; Nearly everyone was in and out in less than 30 minutes.

As more vaccine comes in, distribution will need to scale up.

Denton County is proving how that can happen with the largest and smoothest vaccine hub operation in North Texas. It’s attempting to distribute 10,000 doses per day and has gotten close with relatively short waits.

The goal at Texas Motor Speedway may seem lofty as it aims to vaccinate 30,000 people in just three days.

So far, they’re at 18,000 and are staying optimistic that they will meet that goal by the end of Friday.

Thursday marked day two at TMS for Denton County Public Health’s vaccination site.  Nearly everyone was in and out in less than 30 minutes. 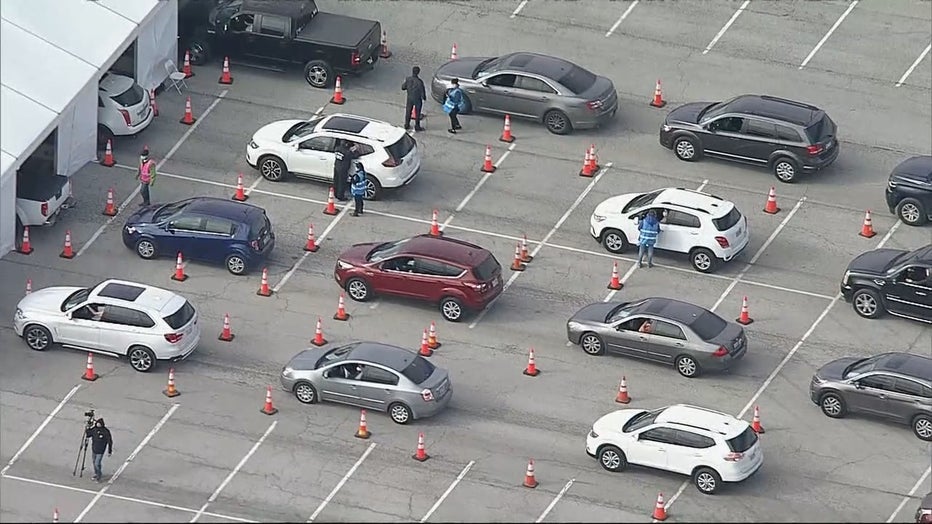 Public Health Director Matt Richardson says coming up just shy of their goal of 10,000 was partly due to last-minute cancelations.

"It’s really a good problem to have because that’s telling us that people are getting vaccine elsewhere. So we’re able to move through our waitlist," he said.

But with somewhere between 2,000 and 3,000 cancelations Thursday, Richardson says they’ll make an adjustment before Friday.

"We will overbook tomorrow making sure that we do not run out of vaccine," Richardson said. "But we will try to compensate for cancellations and no shows."

Another improvement from Tuesday was fewer early birds backing up the lines. They've been telling people it's not like going to the airport. Don't arrive too early.

"People coming at the right time for their appointment helps us streamline the wait line," Richardson said.

Richardson credits the site’s success to hundreds of volunteers and partnerships with first responders in and outside of the county. He says he’s ready for week two.

"So if we get 30k, we’re gonna give it. If we get 35, we're gonna give it," he said. "We’re just going to maximize whatever is given to us, and we’re going to turn it around as efficiently and effectively as possible."