Authorities in Grand Prairie are warning about a missing venomous snake that is on the loose.

GRAND PRAIRIE, Texas - Authorities in Grand Prairie are warning about a missing venomous snake that is on the loose.

Police say the owner of a venomous West African Banded Cobra snake called animal services on Tuesday to report his snake had been missing since 5 p.m. His home is in the 1800 block of Cherry Street. The owner says there was no lock on the cage.

Grand Prairie Animal Services, the owner and a venomous snake apprehension professional searched for the snake inside and outside of the home through the night with no success.

Residents who live in the area and see any type of snake are urged to call 911 immediately and not approach or attempt to capture the venomous snake.

Police have alerted area hospitals of the missing snake and initiated a protocol with Parkland hospital to treat this type of snake bite.

"I really just love reptiles as a whole," the owner told FOX 4. "No matter if it’s venomous, non-venomous."

The owner, who did not give FOX 4 his full name, says he was constructing an in-home enclosure for the female cobra when he had a mishap. 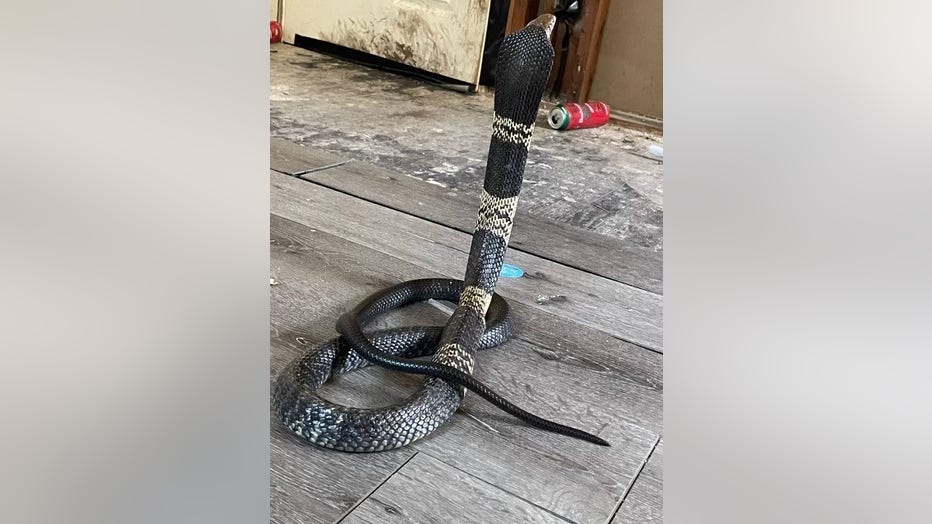 Photo of the missing snake

"If we would have just had a lock on the cage… There wasn't a lock," he said. "And it could have simply been handled."

The owner says it likely won’t attack if it isn’t provoked.

"The thing is that these are beautiful creatures, and they’re actually very sensitive," he said.

Randall Kennedy with Dallas Fort Worth Wildlife says the snake is likely just looking for a shady place to hide out.

But Kennedy admits a bite from this cobra could be fatal depending on your body type.

And there’s no antivenom available to combat the poison once it gets into you.

As the search continues, neighbors say they’re focused on keeping small pets and children safely inside. 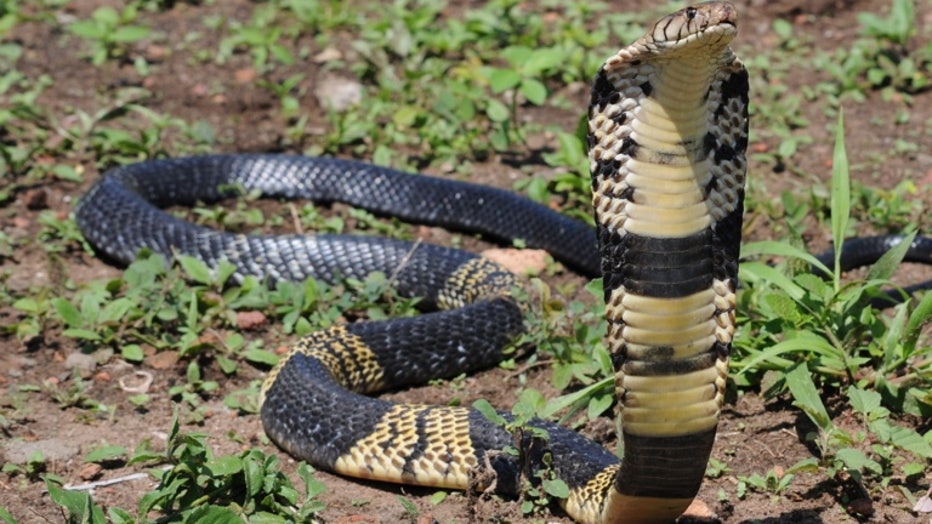 A photo of a similar West African Banded Cobra

"I feel very bad for the community and everything, for the fears that they have to go through," the owner said. "It’s just these wild creatures. Yeah."

The owner says the snake had only been in his possession for a few days. Police say he did have a permit for the snake from the Texas Parks and Wildlife Department.