‘SNL’ adds Bowen Yang as a featured player, making him the show’s only Asian American performer

Bowen Yang, who joined NBC's SNL last season as a staff writer, will be a featured player, NBC said Thursday. Yang is co-host of a podcast, Las Culturistas.

Bowen Yang, who joined NBC's "SNL" last season as a staff writer, will be a featured player, NBC said Thursday. Yang is co-host of a podcast, "Las Culturistas."

Also joining the show as featured players are Chloe Fineman and Shane Gillis. Fineman has been a regular performer with the Groundlings improv company, and both she and Gillis were featured as "New Faces" at the Just for Laughs Festival in Montreal.

"Saturday Night Live" has taken heat over the years for an overall lack of ethnic diversity, with scant Asian representation among its cast members or hosts. 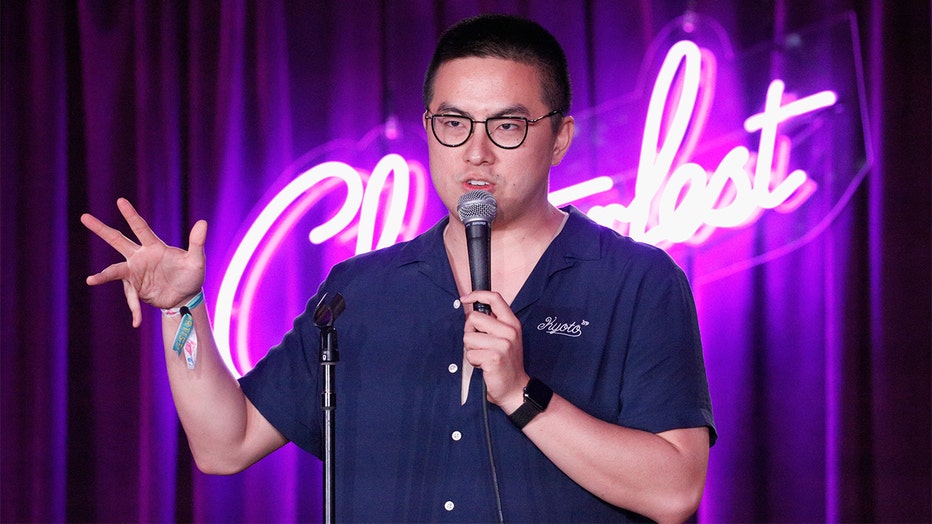 FILE: Bowen Yang performs onstage during 'The Joy Fck Club' in the Room 415 Comedy Club during Clusterfest at Civic Center Plaza and The Bill Graham Civic Auditorium on June 2, 2018 in San Francisco, California. (Photo by FilmMagic/FilmMagic)

Former players Fred Armisen and Rob Schneider both are one-quarter Asian, but neither has been widely recognized for their Asian ancestry. Among hosts, the long history of "SNL" includes a short list of Asian or Asian Americans, with Awkwafina, Aziz Ansari and Jackie Chan among them.

Change is a constant at "SNL." Leslie Jones, who joined the show after it was criticized in 2013 for the absence of an African American woman among its regular or featured players, is focusing on stand-up and movies and won't be back this season.