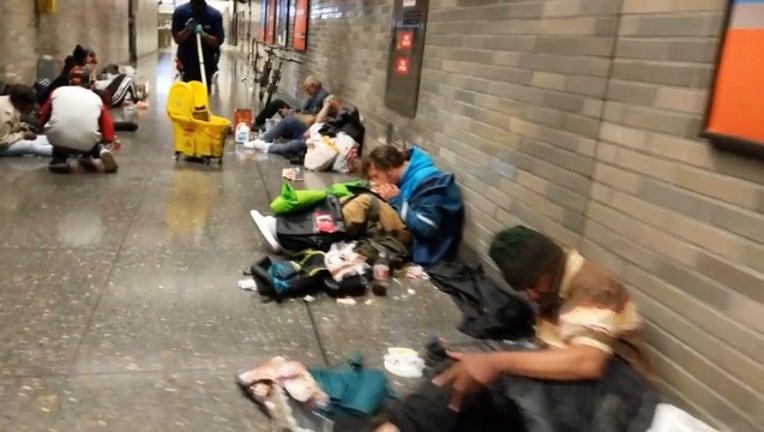 Drug users slump against the wall at the BART Civic station in San Francisco on May 9, 2018. Photo: Shannon Gafford

The number of serious users has also gone up by 2,000 since 2012, although the methodology to glean those numbers is different now, according to health department spokeswoman Rachael Kagan.

“Still, we know the numbers are not going down,” she told KTVU on Thursday.

WATCH: Drug use at Civic Station

The data came from the most recent citywide health department survey regarding Hepatitis C, and the drug usage includes people who live on the streets and who live in homes, she said.

The takeaway for the health department?

“We need to continue to do harm reduction,” Kagan said. “There needs to be more access to treatment.”

She pointed to the department’s efforts to hand out naloxone, a drug that reverses opioid overdoses immediately and keeps people from dying, to first responders, street health teams, homeless drop-in center workers and library staffers, in an effort to reduce the death toll. Last year there were 193 drug overdose deaths, of which 112 were from opioids, the Chronicle reported.

The city spends $1.8 million a year on needle cleanup.

“We are really glad to see that the numbers of needles being disposed is rising, both in terms of needles being returned to syringe access sites and the numbers being thrown out in kiosks and picked up by our street teams," Kagan said. "All of these efforts are making a difference, and we hear from people that the streets are looking better.”