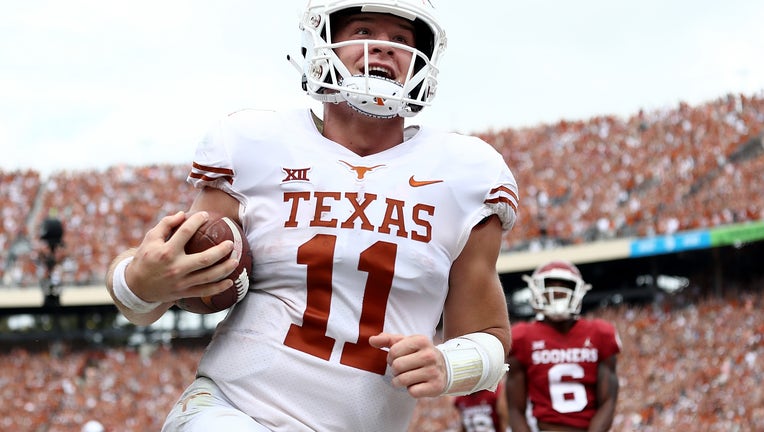 Sam Ehlinger #11 of the Texas Longhorns smiles as he runs into the endzone for a touchdown against the Oklahoma Sooners in the second quarter of the 2018 AT&T Red River Showdown at Cotton Bowl on October 6, 2018 in Dallas, Texas. (Ronald Martinez)

AUSTIN, Texas - Texas quarterback Sam Ehlinger announced he's declaring for the 2021 NFL draft. Ehlinger made the announcement with a video on his Twitter Sunday afternoon.

Due to the NCAA granting blanket waivers to all players for the pandemic-affected 2020 season, Elhinger would have had the option of returning to UT Austin for a fifth year in 2021, according to FOX Sports.

The Longhorns will likely hold a competition during spring and fall camp to replace Elhinger.