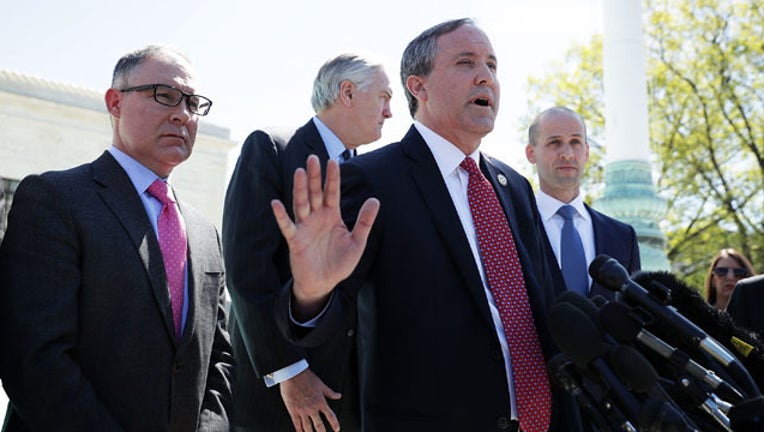 AUSTIN, Texas (AP) - The fate of the long-running criminal case against Texas Attorney General Ken Paxton, who has faced securities fraud charges since 2015, was thrown into further uncertainty Wednesday after a court ruled against prosecutors who have threatened to quit if they're not paid.

The decision is a victory for Paxton, a Republican, who was re-elected in November and has pleaded not guilty to charges alleging that he duped investors in a tech startup.

Special prosecutors have previously suggested they would drop the case if they're not paid $200,000 they say they're owed. They had been making an hourly rate of $300, but the Texas Court of Criminal Appeals ruled that prosecutors should have instead been hired under a fixed rate under the law.

Prosecutors issued a statement expressing disappointment over the ruling, but they didn't say whether or not they would remain on the case.

"While we are disappointed with the majority's ruling and are exploring all legal options available to us, it does not alter the fact that Ken Paxton remains charged with three serious felony offenses," said Brian Wice, a Houston attorney who is one of the special prosecutors.

Pushing back on the fees were elected commissioners in Collin County, near Dallas, which is Paxton's hometown and is responsible for paying the prosecution team. A onetime political donor to Paxton had also previously sued, calling what prosecutors made exorbitant and unfair to taxpayers.

It was a 5-3 decision by the court, which only includes Republican judges and is the same court that threw out abuse of power charges against former Texas Gov. Rick Perry in 2016. The court didn't say how much prosecutors should be paid, but Judge Elsa Alcala, in a dissenting opinion, argued that abiding strictly by a fixed rate under the law would pay out $2,000 at the most.

If convicted, Paxton faces 5 to 99 years in prison. But the prospects of him ever standing trial appear to have dimmed with the case in a standstill for nearly a year.

Prosecutors have accused Paxton's conservative allies of trying to derail the case by challenging their fees and making it impossible for them to eventually put on a fair trial. Among those they have singled out was Rick Santorum, the former U.S. senator and GOP presidential candidate, who told a Dallas television station last year that the case against Texas' top prosecutor was a witch hunt.

A judge moved the trial to Houston, but the case has languished.

In the meantime, Paxton has regained his footing within the GOP after many top Texas Republicans kept a distance following his indictment in August 2015, just eight months after he took office. His office has been a staunch supporter of President Donald Trump, who singled out Paxton as doing a "great job" during an October a rally ahead of the midterm elections.

Paxton won re-election by fewer than 4 percentage points, making it a relatively close race in Texas, where Republicans for a decade have comfortably cruised to double-digit wins for statewide office. His opponent, Democrat Justin Nelson, staked his campaign on reminding voters about Paxton's indictment and plastered the attorney general's mugshot on highway billboards.

The charges against Paxton stem from 2011, when he was a state lawmaker and lined up investors for a tech startup called Servergy Inc. without telling them the company was paying him. Paxton has argued that he was under no obligation to do so and a federal judge agreed with him last year, throwing out a lawsuit brought by the U.S. Securities and Exchange Commission that was nearly identical to the criminal case.