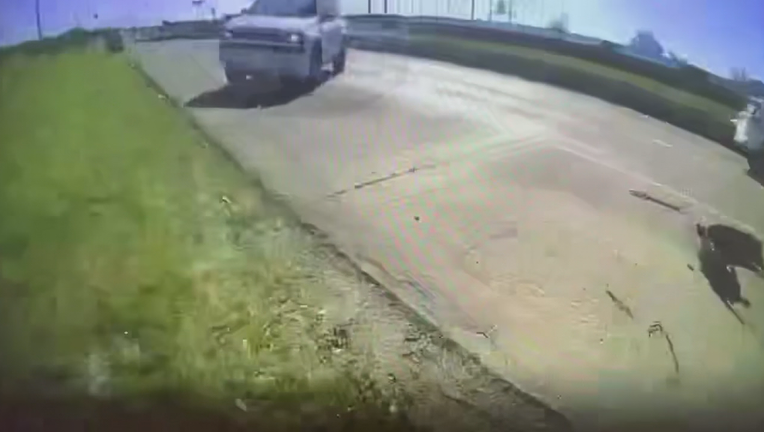 ROYSE CITY, Texas - A Royse City police officer has been released from the hospital after being injured when he was struck by a vehicle while helping a stranded motorist Saturday morning.

The wreck happened just before 10 a.m., when officer Michael Baley was helping a stranded motorist in the westbound lanes of I-30.

Police said Baley was outside of his vehicle, in the grassy median, when he was struck by a vehicle that has left the roadway.

He was taken to a Dallas hospital to be treated for minor injuries, and later released.

DPS is investigating the crash.

The cause has not yet been determined, but police said driver inattention and speed are possible factors.