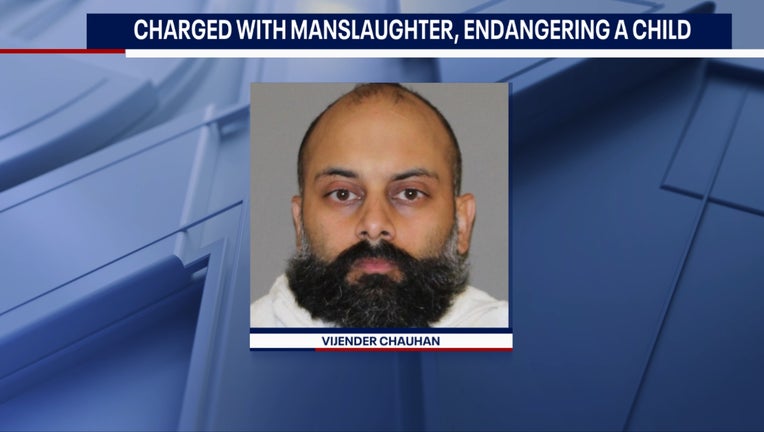 ROANOKE, Texas - Two children were killed and others were injured after a backhoe incident in the Denton County town of Roanoke.

Vijender Chauhan, 40, was driving when the front bucket dropped and those riding in it hit the ground.

Sonakshi Kumari, 7, and Shivraj Chauhan, 11, were run over and killed.

Two other children were hurt and taken to trauma centers.

One adult was seriously injured. Chauhan was not.

He has been charged with two counts of manslaughter, three counts of endangering a child and one count of aggravated assault with a deadly weapon.