Dallas police are investigating a high-speed crash that happened after a driver told police another driver was shooting at him.

DALLAS - Dallas police are investigating a high-speed crash that happened after a driver told police another driver was shooting at him.

A neighbor's surveillance cameras captured Tuesday's crash in Pleasant Grove. It happened just before noon and an off-duty officer happened to witness it all.

A 77-year old man has taken community watch into his own hands with the help of dozens of cameras. He hopes his footage of the crash helps police in their investigation.

A truck appeared to be speeding away from a 2007 Chevy Impala when the Impala T-boned another vehicle at the intersection of Lake June Road and St. Augustine Drive on Tuesday. The Impala was carrying a 4-year-old child and also appeared to have been speeding. Everyone involved survived. 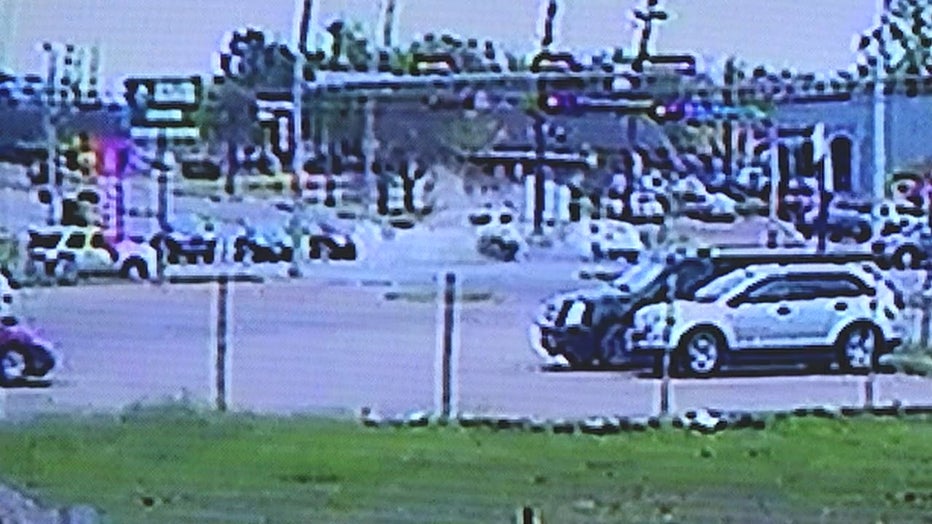 The man who recorded the video is retired electrician Kenneth Winn. He has 56 cameras around his property

Winn thought the crash was street racing. However, Dallas police say it could be road rage.

The driver of the Impala told police he was following the truck after someone inside shot at him. But the Impala driver also ran a red light and is charged in connection with the crash.

Police don’t know who was driving the truck or if they fired a gun. The first officer on scene was near the intersection when it happened. But police say they don’t have additional witnesses or evidence at this time.

Winn is often peddling with his cameras in hopes of cracking down on neighborhood crime.

"Like I always say: The good people love me. The bad people hate me," he said. "That’s what it boils down to."

Whatever led to the accident, Winn hopes his footage helps police in their investigation.

"I don’t know what you can say that everybody hasn’t already said, but they need to slow it down and have respect for life," he said.

Police have not released names of anyone involved.