According to AAA, the average price for a gallon of gas nationally is $4.32. In Texas, it's $3.99. For drivers in the DFW area, gas is just above $4. Whether we see any real relief at the pump remains up in the air.

DALLAS - Oil prices showed some signs of leveling off.

At one point on Monday, prices dipped below $100 a barrel but ended up finishing above $100. It was still down about 5% after trading ended.

Whether we see any real relief at the pump remains up in the air.

There’s a bit of good news for drivers who are trying to save at the pump. But make no mistake, current pricing is taking its toll on almost everyone. 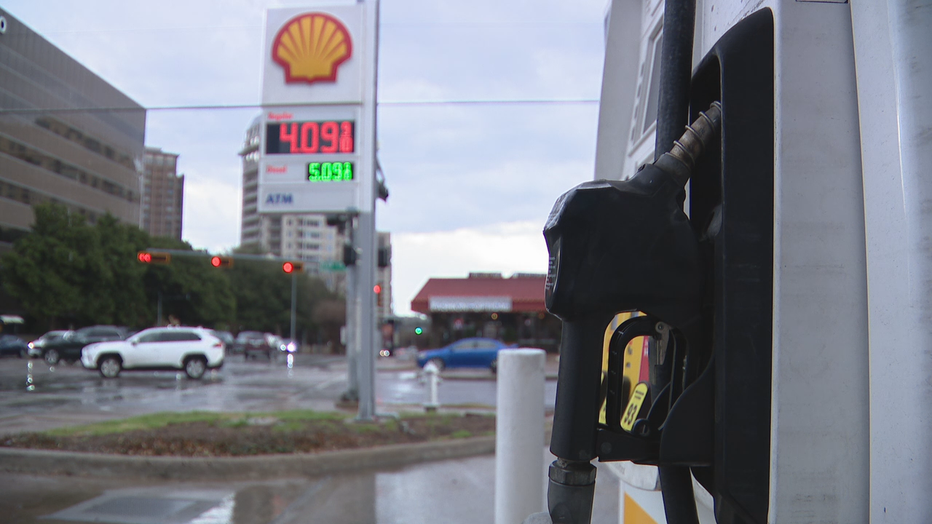 Driving across DFW each day, Eddie DeGrate brings the barbershop to clients with his business, Barber Direct2U. His business model is the result of his former shop temporarily closing during early stages of the pandemic.

"Tires and gas has been one of my biggest expenses," he said.

Gas prices, however, are cutting profits.

"I’m going through the gas," he said. "I don’t want to go up on prices or anything like that, but I may have to just out of shear business 101." 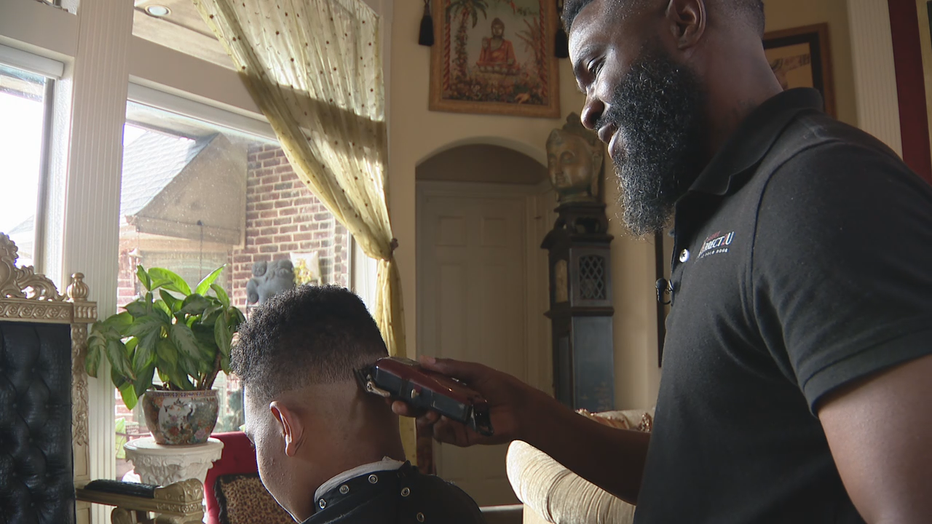 Record gas prices plateau in US over the weekend

Daniel Armbruster with AAA Texas says while prices are much higher than this time last week, prices are leveling off, and they haven’t really budged since Friday.

But while there may brief relief for gas prices over the next couple weeks, Armbruster said it won’t last long.

"What’s expected is that we’ll continue to see prices increase at least in the next few months," he said.

That’s because demand will likely go up as we get closer to summer.

Though, in a recent survey published by AAA, it showed $4 a gallon being a tipping point with a majority of respondents saying they plan to adjust driving habits.

"I will have to adjust if I want to maintain my business model," DeGrate said.

DeGrate’s model saves customers from driving. He just hopes to continue his part without prices buzzing away at his profit.

"Especially with the gas prices. The gas prices are killing me," he said. "I don’t know how else to do it without it trickling down to the customers."

AAA says some things to keep in mind when trying to save at the pump is to avoid quick accelerations. That alone can save up to 40% of your fuel. Also, make sure your tires are properly inflated.