A Republican delegation took a boat tour in Mission, Texas and toured a facility in Donna, Texas. At the same time, congressional delegation of Democrats to a border holding facility in Carrizo Springs, Texas.

Some Texas congressional members got an up-close look at the situation along the southern border on Friday.

A Republican delegation, including U.S. Senators Ted Cruz and John Cornyn, took a boat tour in Mission, Texas and toured a facility in Donna, Texas. At the same time, Democratic congressman Joaquin Castro led a congressional delegation to a border holding facility in Carrizo Springs, Texas.

"We're standing on the path that they use to smuggle, in some cases, very vulnerable people into this country," said U.S. Sen. Susan Collins (R-Maine).

Cruz and Cornyn got an early morning tour of the southern border near Mission where migrants -- many of them un-accompanied minors -- are trying to cross over into the United States.

"This is dangerous to the people who turn themselves over, the unaccompanied children," Cornyn said. 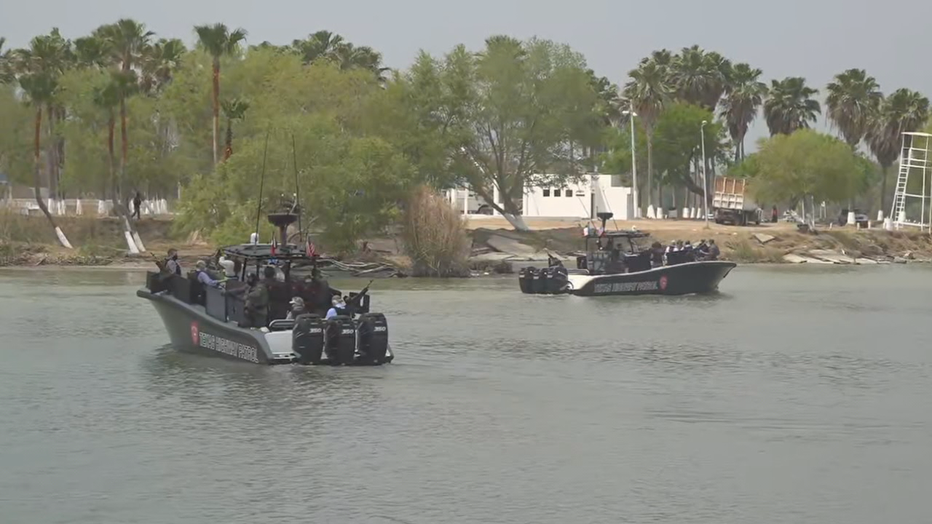 The two U.S. Senators from Texas led a delegation of some 20 GOP senators as daylight broke. The lawmakers also got a look at the border by boat, part of their two-day tour.

Cruz shared photos of an overcrowded customs and border patrol facility where asylum seekers are being held in Donna, with makeshift rooms set up in large spaces.

"What is occurring here on the border is heartbreaking and is a tragedy," Cruz said.

Unaccompanied minors are being sent from overcrowded border patrol centers to processing facilities across Texas. One for male teens, at the Kay Bailey Hutchison Convention Center in Dallas, is quickly filling up.

A delegation of Democratic lawmakers led by Castro visited one of the less crowded facilities where the white house has allowed limited media access in Carrizo Springs. 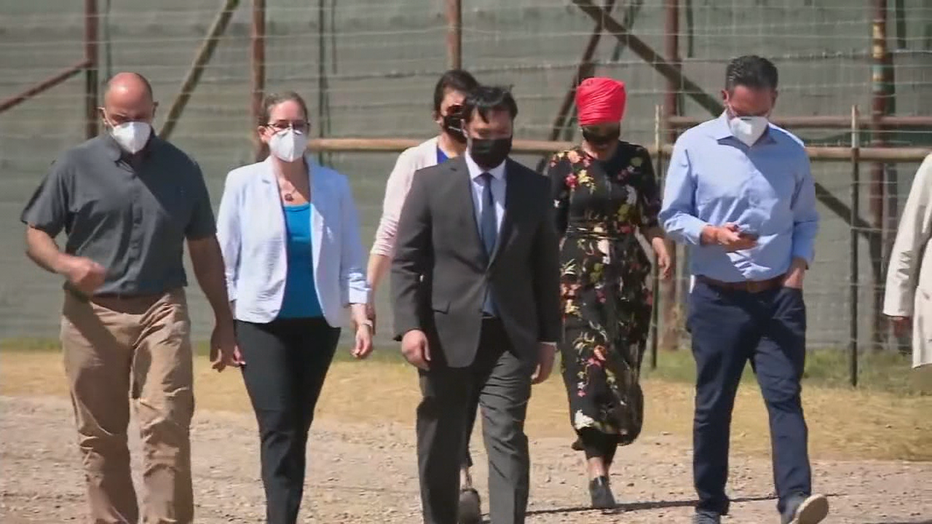 Castro says they spoke with the children and staff and will make recommendations to the White House.

"We want to figure out how this system can work better so it's more human, more respectful of people's dignity and ultimately achieves its goal of giving people their day in court," Castro said.

But that court hearing can be months, if not years away. Space is quickly running out.

"There are capacity issues in Mexico, which we are in discussion with them about addressing," Psaki said. "They are not in the position to accept and take families they have in the past, so that's part of the diplomatic discussions we're having."

Homeland Security Secretary Alejandro Mayorkas recently testified to Congress that under President Biden, the u-s is on pace to see more encounters at the border than it has in 20 years.

"We’ve seen an increase of about 29% over the last several months since he took office," Psaki said.

Some Texas congressional members got an up-close look at the situation along the southern border on Friday.

Friday, the border patrol said it is on track to have 150,000 encounters with asylum seekers or illegal crossings in March alone, which would be a record for any month over several past administrations.

President Biden rejected claims on Thursday that his relaxing of immigration law is responsible for the crisis and that this is cyclical, and the numbers are typical of past administrations.

"Well, the president was making the point that we have seen increases at the border in 2014, when he was the vice president, 2018 and 2019," she said. "Our focus is on action, then solutions. We certainly know this is a challenge, it’s something he’s briefed on regularly."

Vice President Kamala Harris has been put in charge of addressing the mounting situation at the southern border by President Biden. The White House has not indicated when she is expected to make a trip to the region.

2,300 migrant boys still being housed in emergency shelter in Dallas