DALLAS - A Texas National Guard spokesman told a newspaper that Gov. Greg Abbott is deploying troops to Dallas and other cities in case there are protests over the election.

FOX 4 and other media across the state contacted the Texas National Guard and the governor's office about the report but got few answers. Now, several Texas mayors and county leaders obviously also want to know what's going. 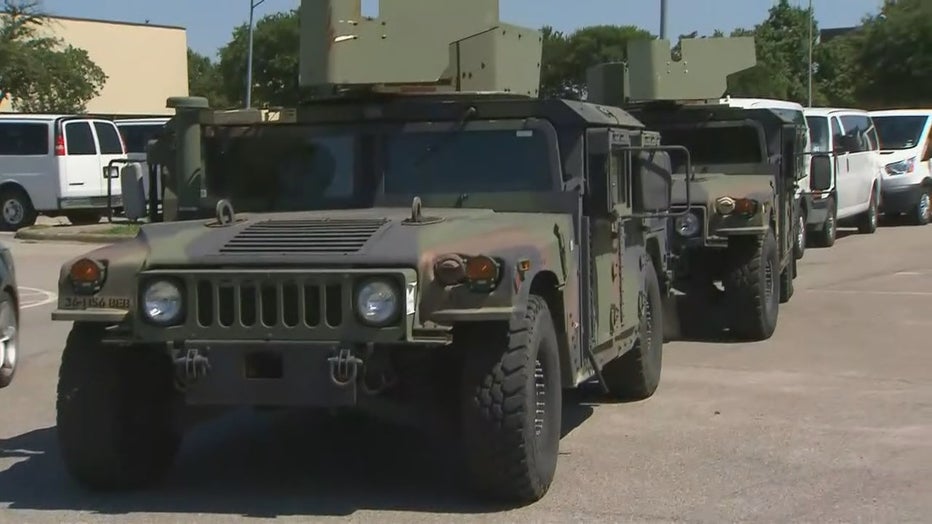 Following the election of Donald Trump in November 2016, people in Dallas, Fort Worth and across Texas and the country took to the streets in protest for days.

This summer, there were several days of protests following the death of George Floyd. At times, there was rioting and damage to property.

Gov. Abbott reacted to the summer protests by deploying troops to Dallas and other cities.

Texas National Guard troops were also used to help at food banks during the coronavirus pandemic.

Now, reports say up to 1,000 troops could be sent to cities around Texas ahead of the Nov. 3 election.

“There no credible threat, nothing unusual that we know of will happen after this election,” said Dallas County Judge Clay Jenkins. “This election will be like all the rest of them.”

The San Antonio Express-News reports Texas National Guard troops will be sent to Dallas, Fort Worth, Houston, Austin and San Antonio as early as this weekend.

The Texas Military Department would only tell FOX 4 that "Texas service members continue to support DPS" but would not elaborate.

"The Texas Military Department was activated to provide additional support to the Department of Public Safety in the summer of 2020,” Maj. Gen. Tracy R. Norris, the Adjutant General of Texas, said in a statement. “Texas Service Members continue to support DPS in this capacity, guarding historical landmarks such as the Alamo and the State Capitol. To be clear, there has been no request nor any plan to provide any type of support at any polling location in Texas.”

A spokesperson for Dallas Mayor Eric Johnson said he was not aware of any plans to send the National Guard to Dallas.

Judge Jenkins says he also was not informed.

FOX 4 reached out to the governor’s office, but there has not been any official comment.

The Texas Military Department also would not respond to any clarifying questions about this issue.