Fort Worth renters forced to vacate after winter storm

One tenant has been spending up to $70 a night for hotel stays. She’s now trying to find a new place she can afford.

FORT WORTH, Texas - More than a month after the winter storm that rocked the state, people living in a Fort Worth apartment complex are struggling.

People that live at Bellevue Chase Apartments were given notice to vacate while the complex undergoes extensive repairs.

It’s what's happening to a few dozen renters, including a single mom. who doesn't know where to go next.

It’s an unfortunate but familiar sight: a busted pipe from the February winter storm.

Another tenant is in a dire predicament. This time, it’s been more than a month after the freeze.

QueManana Rone and her two children live at Bellevue Chase Apartments in Fort Worth. She and 33 others there spent weeks with no water or no hot water. Now, they’ve received notices to vacate completely within seven days. 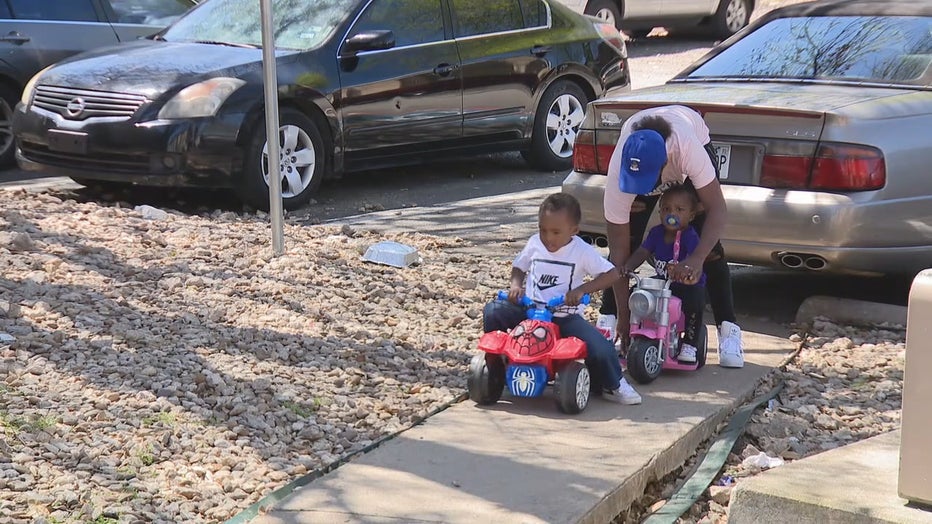 "I actually lost my job from the storm because even though my manager and my staffing company knew what was going on with my apartment flooding and stuff, he told me I was missing too many days," she said.

The city of Fort Worth’s Neighborhood Services Department says all total roughly 50 apartment dwellers at Bellevue Chase and at Vida Apartment Homes of Mira Monte are in a sudden lurch.

"We’re going to go on-site and try to do the certification for individuals and let them know that there is assistance available," said Sonia Singleton with the Fort Worth Neighborhood Services.

The city is trying to make them aware they possibly qualify for short term and long range help.

"The city of Fort Worth runs a program called Community Action Partners, and we receive funds from the state of Texas to help people move their life forward, transition property into self-sufficiency and be able to act when there’s an emergency like this," Singleton explained.

Rone has been spending up to $70 a night for hotel stays. She’s now trying to find a new place she can afford.

"I had to use my whole income and my stimulus to pay for a hotel to make sure me and my kids had somewhere to stay," she said.

Rone is hopeful to get life back on track for her son and daughter soon.

"It’s affected my family and that I’ve never experienced this," she said.

The Bellevue Chase Apartments would only refer us to their marketing rep. And after several attempts, we have not been able to reach that person.