Dallas Police Department officials said they were prepared for potential unrest in wake of the Derek Chauvin verdict. However, it was ultimately not needed.

DALLAS - Dallas Police Department officials said they were prepared for potential unrest in wake of the Derek Chauvin verdict. However, it was ultimately not needed.

There were no demonstrations Tuesday night and nobody to take advantage of them.

The Dallas Police Department barricaded its perimeter outside its headquarters.

Some downtown businesses, like the flagship store of Dallas-based Neiman Marcus, boarded up its windows. 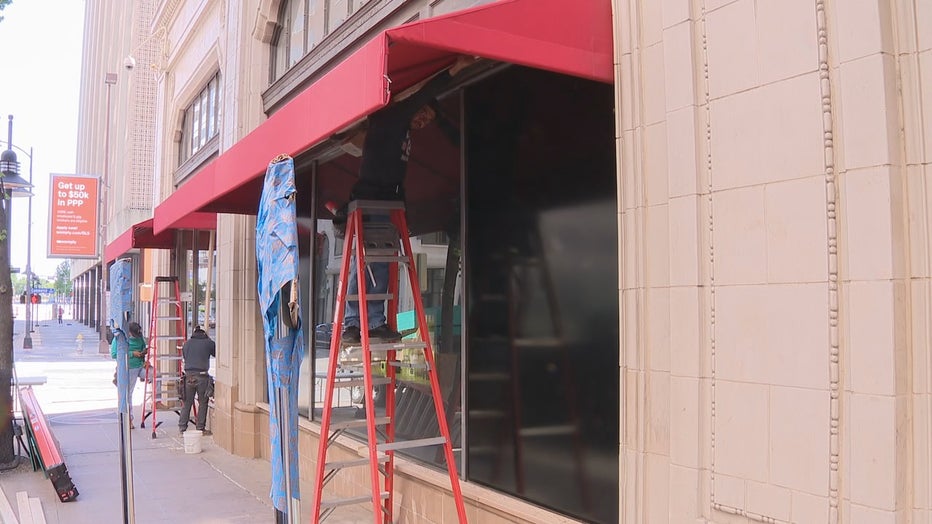 Protests and riots were a possibility considering the violence in the streets of Dallas last year over George Floyd's death. Neiman Marcus was looted then.

But instead of protests or riots Tuesday, the reaction to the Derek Chauvin guilty verdicts for Dallas organizers was celebratory.

"There is a lot left to be done, but I stand in solidarity with this family and overjoyed by the verdict," said Dominique Alexander.

Enobakhare watched the verdict from home. Moving forward, he hopes Floyd’s death helps reshape policing procedures in North Texas and across the country.

"The police department and that police officer definitely could have done things different," he said. "But also, we need the citizens’ help so that these incidents don’t get to this level. We can only do that by communication and understanding each other’s role."

Organizers we spoke with say there are no immediate plans for demonstrations following the guilty verdicts, but they still seek change.